‘Thor: Love And Thunder’ Director Taika Waititi Spotted Making Out With Rita Ora And Tessa Thompson At The Same Time 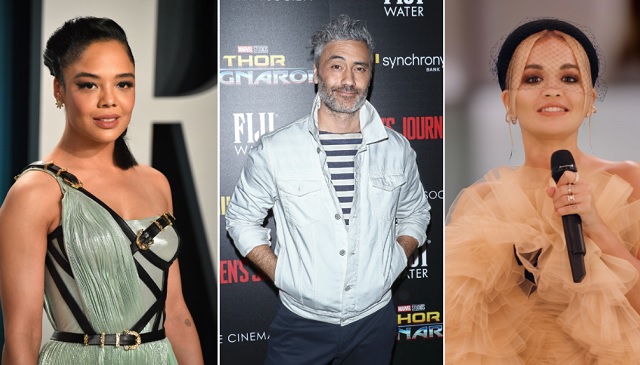 “Thor: Love and Thuder” director Taika Waititi is living it up while taking a break from filming the blockbuster movie that is set to be released next summer.

On Sunday afternoon, the Daily Mail spotted Waititi hanging out with rumored girlfriend Rita Ora and Thor actress Tessa Thompson. The three seemed pretty tight as they were photographed sharing a three-way kiss.

Rita Ora and her boyfriend Taika Waititi’s relationship appeared to be hotting up as they packed on the PDA and put on a cosy display with Tessa Thompson on Sunday.

The singer, 30, was seen smiling and leaning in for a kiss from her director beau, 45, while relaxing outside with the actress, 37, following an all-night party at Taika’s home in Sydney.

In pictures obtained exclusively by MailOnline, the trio appeared to be in great spirits as they wrapped their arms around each other and beamed smiles over al fresco drinks.

Waititi and Thompson are currently in Sydney working on Thor: Love and Thunder while Ora is there appearing a mentor on The Voice Australia.

Both Waititi had been rumored to be dating after being spotted together just a few weeks ago.

Fans were not sure what to make of the relationship between the three celebrities.

POV: You are Taika Waititi hanging out with Rita Ora and Tessa Thompson pic.twitter.com/mmdXRCa3xS

Who had Taika Waititi, Rita Ora and Tessa Thompson being in a polyam relationship on their 2021 bingo card? pic.twitter.com/JebBj4fYdP