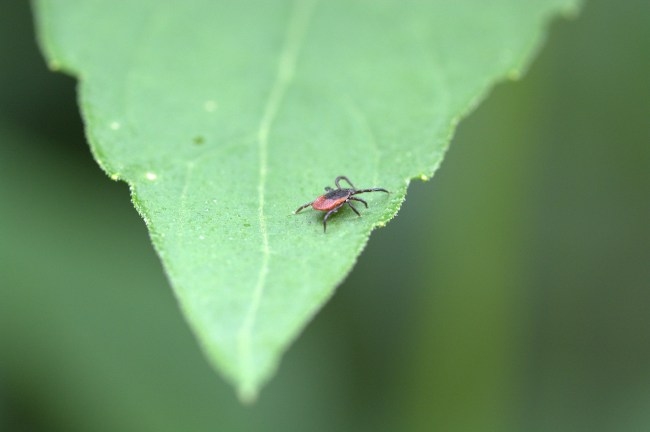 If you had ‘Spreading Tick-Borne Illness’ on your 2020 Catastrophe B.I.N.G.O. card you can go ahead and check that one off because there’s a disturbing one working its way across upstate New York and The Adirondack Mountains where millions of New Yorkers and people from The Northeast vacation throughout the Summer.

The fact that this infection called ‘anaplasmosis’ is treatable is very important is it shouldn’t, in theory, place a ton of burden on the existing healthcare system. But the fact that the symptoms can be confused with those of COVID-19 presents an entirely new set of complications for people in the area.

Here’s the rundown from the NYDailyNews:

A tick-borne infection called anaplasmosis is spreading through upstate New York and its symptoms resemble those of COVID-19, according to the Times Union.
Health officials worry the emergence of anaplasmosis could cause complications as woodsmen in areas like Saratoga and the Adirondacks start heading outdoors again as pandemic lockdown restrictions are eased and the weather gets warmer.

“It’s a little challenging to cut through COVID (19) news,” deputy director Byron Backenson of the state Health Department’s Bureau of Communicable Disease Control told the Times Union.
Backenson reminds health care workers in upstate New York that despite the focus on coronavirus, tick-borne illnesses are back in season. (via)

Another distressing aspect of this disease is it’s carried by deer ticks, the same ones that spread Lyme Disease. The fact that these ticks are proliferating in an area of New York where they’ve been relatively dormant for decades is not a great sign for the entire region.

The flip side of this is tick-borne diseases always pick up steam in the warm weather months when ticks are more active and more hikers/people are outside in the woods.

The Adirondack Mountains in upstate New York is a special place to me. Half of my family is from the region, dating back at least five generations, and many of them still live there. I grew up in Florida but I’d spend most of my Summers there growing up and was always warned about ticks. We’d wear hats and put on tick-repellent and they were never a problem. For reasons unbeknownst to me, they always seemed to stay away. My hunch is the warming winters and hotter summers are allowing these ticks to spread further across the Adirondacks to areas that were previously untouched.