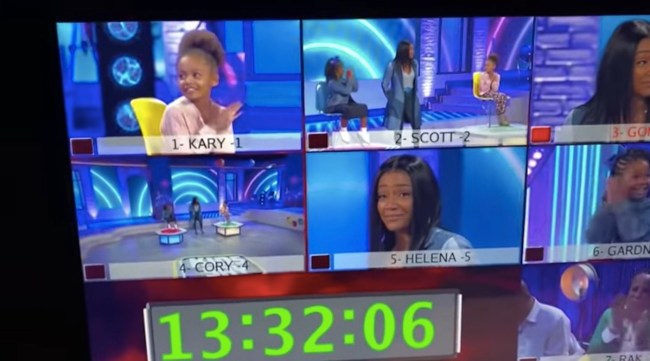 Not everybody is a fan of Tiffany Haddish and that’s totally okay. Truth be told, I’m not sure I’ve ever seen any of her stand-up performances — my familiarity with her is strictly through her movie roles and her hosting gigs. And while I may not be the biggest fan of her brand of comedy, I can’t help but root for her.

Tiffany Haddish is quite clearly a woman who’s worked extremely hard to achieve these levels of success, and now that she’s done so, she’s very obviously doing her best to have an absolute blast while she can. Every time she pops up somewhere, whether it be in a supporting role in a movie or hosting some random award ceremony, she brings the energy, and you just have to respect that.

She’s obviously very popular among those she works with, too, as the producers of her CBS comedy series Kids Say the Darndest Things surprised her with the news that she had won the Grammy Award for Best Comedy Album while she was in the middle of taping an episode. Making the moment even more memorable, Haddish was surrounded by a group of young girls who likely look up to her as a hero.

How I found out I won a Grammy while working on @KidsSayDarndest I am so Honored to share with the kids. Full situation is on my YouTube page. pic.twitter.com/pYzmt4nIgo

As Haddish mentions, her Best Comedy Album win for Black Mitzvah is the first victory for a Black woman in the category since Whoopi Goldberg took home the prize for her album Whoopi Goldberg in 1986.

You can watch the full video of Haddish learning of her historic Grammy Award win below, which is some necessary food for the soul. As for where you can catch Haddish this year, she’ll be starring in The Unbearable Weight of Massive Talent alongside Nicolas Cage and Pedro Pascal.