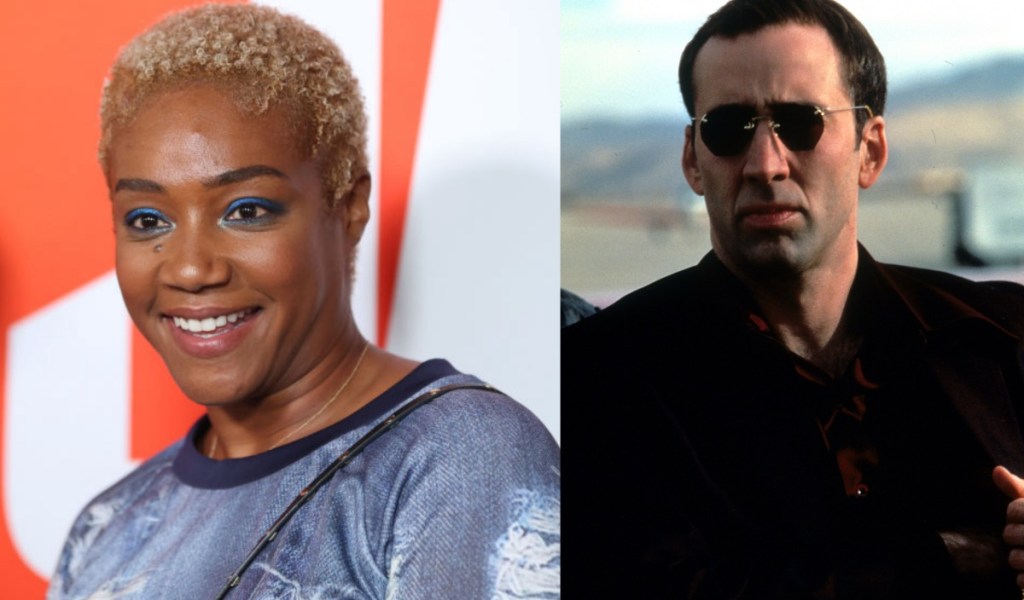 I’m a simple man. I see a headline about ‘actress explains how Nic Cage was responsible for her first Big O and she told him about the experience’ and I’m going to click to read. Even though I’m not the world’s biggest Tiffany Haddish fan I can’t stop myself from clicking. I just have to know.

WILD CARD: she told her story about Nic Cage being responsible for her Big O while doing an interview with NPR. This wasn’t with TMZ, late-night TV, a tabloid. We’re talking about National Public Radio right here.

I’ll make this easy on everyone who clicked. The portion of the interview where she discusses her first Big O courtesy of Nic Cage comes around the 8-minute mark. You can hit play on the video below and watch her talk about it. And you can read on to see the comments from Tiffany Haddish:

She goes on to say “it was a debate. ‘Should I tell Nicolas Cage this? This is inappropriate. I don’t want him to hit me with a sexual-harassment [claim], but I gotta tell him.’” Haddish initially said she was going to save the story for later but then jumped right into the tale of her first Big O.

Tiffany was watching Face/Off with Nic Cage in the movie theater with her boyfriend. They were making out and things were getting steamy. Then just as she was about to reach completion she opened her eyes and Nic Cage was straight right back at her:

“So now I’m standing across from this man with those same big old eyeballs. All I can think about is the guy that I went to the movies with and how we were making out and then that feeling, and then how weird I feel remembering this in front of him.”

Nic Cage responded exactly as you’d expect Nic Cage to respond. He tells Tiffany Haddish that his first wife Patricia Arquette told him she saw Nic Cage on-screen before ever meeting him and said to herself that she was going to marry him one day. Patricia told Nic this right before they got married. Not a weird revelation at all. Celebrities, they’re just like us.

Tiffany Haddish then went to explain to Nic Cage that since she’s gotten the story off her chest they can get to Acting like professionals and that’s exactly what they did. Again, you can watch that video by hitting play above. The portion of the interview starts around the 8-minute mark.

Their film The Unbearable Weight of Massive Talent is currently in Post-Production and expected to be released in April 2022. Nic Cage will play Nic Cage. The dude’s playing himself, or some version of himself. And I suspect that it will be an epic role.