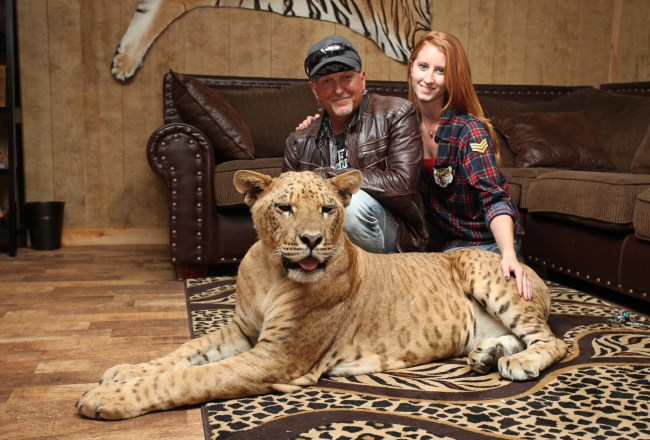 It appears that Tiger King’s Jeff Lowe got himself his hot nanny after all.

For those who didn’t watch the insane Netflix docu-series, Lowe is the person who not only bought the GW zoo from Joe Exotic but also setup Joe to go to jail in a murder-for-hire plot.

At the end of the show, Lowe was seen looking for an attractive nanny’s to live with him and his wife to take care of their baby.

Over the weekend Lowe went on the David Spade podcast to talk about “Tiger King” and he immediately introduced his new nanny.

Lowe also posted some pictures of his nanny on Instagram.

I messaged Jeff Lowe’s Zoo from Tiger King on @netflix about the hot nanny and this is his response. 😭💀 pic.twitter.com/oCOdD3tbOa