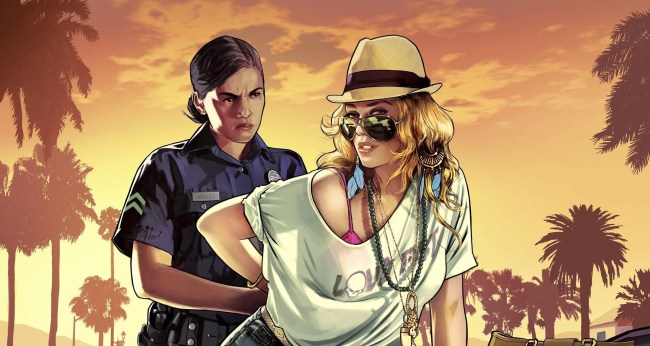 If you aren’t familiar with a Russian woman who goes by the name Millionnata on social media then let’s get you educated because she’s highly entertaining.

Also, if you are not familiar with the “Grand Theft Auto walk” then just watch this.

For the rest of you, who are familiar with one, but maybe not the other, get ready to have to some fun.

Millionata, who goes by the handle @gtamillionnata on TikTok, has garnered over 1.4 million followers thanks mostly to her uncanny ability to recreate the “Grand Theft Auto walk.”

Seriously. She’s posted dozens upon dozens of videos of herself performing the walk as well as several other trademark moves seen in Grand Theft Auto because she’s so dang good at doing them. She’s like a living meme.

Her highest viewed TikTok video has been watched a eye-popping 34.4 MILLION TIMES. Check it out…

Here’s another one that’s been viewed 18.1 MILLION TIMES.

“Scary how real this looks,” wrote one viewer of Millionnata’s GTA TikTok videos.

“Does that hurt your back?” laughed another viewer.

This next TikTok video has been watched over 24.2 MILLION TIMES!

Here she is when she isn’t doing the “Grand Theft Auto walk” with eerie accuracy.

But seriously… that walk… Rockstar Games should hire her to do promotion for them.