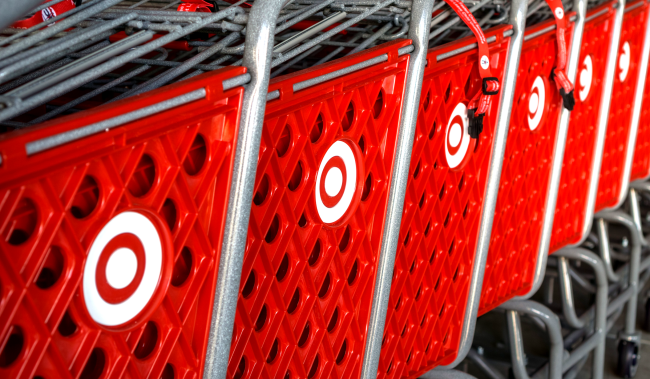 A TikTok video showing several employees at a Target waiting outside the store because the doors were allegedly “superglued” shut has gone viral with over 8 million views, over 900,000 likes, and almost 5,000 comments.

Shared by TikTok user @mikaelaaa_j, the caption states that the Target workers had been waiting outside to get into the store since 3:30 a.m.

Titled “A day in the life of your typical retail employee,” the video goes on to state that the “locksmith finally showed up 20 minutes before the store opened.”

Numerous viewers on TikTok commented that the doors being “superglued” shut was probably the result of a prank pulled off by Walmart employees.

“The Walmart and Target beef is escalating,” someone commented.

“Can’t believe they waited. It’s a Target policy that after 30 mins you can leave and still get paid. It would happen all the time at my store,” someone wrote in the comments.

On the plus side, @mikaelaaa_j later added in the comments, “We got paid our scheduled shifts y’all… we’re good.”

Of course, that comment devolved into a never-ending thread with people arguing about the importance of proper spelling since she correctly wrote “paid” and not “payed,” but that’s the internet for you.

Then there was the commenter who, stating the obvious, asked, “Don’t y’all have another entrance too?”

The answer is that the other doors at most big retail stores, such as those on the loading dock, only open from the inside to prevent theft. The rest of the doors in the store are fire exits that also open only from inside.