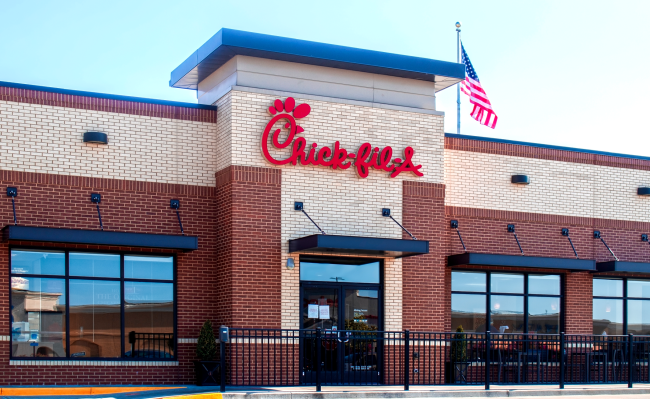 People on the internet are always on the hunt for ways to get free stuff and stuff that almost no one else can get. It’s part of the reason why TikTok is so popular with people who reveal restaurant hacks and secret menu items.

The object of many a foodie’s affection, Chick-fil-A, is certainly among the most popular restaurants where people are looking to get an edge.

One person who has found a way to beat the system and “eat mor chikin” recently went viral with a couple of videos on TikTok explaining how she came to be in possession of an exclusive Chick-fil-A Black Card.

Her first TikTok video just shows her presenting the Chick-fil-A Black Card, which grants her one free meal per day, at the drive-thru like some kind of queen with royal privileges.

Her second TikTok video, which has now been viewed over 355,000 times explains how it is that she came to be in possession of this glorious card and how others can also perhaps score one.

Ashlee (@ashleeonair) explains that if you are an influencer like a radio disc jockey, a TV anchor or an athlete you can possibly get invited to a Chick-fil-A VIP party (shown in the video) where the chosen few get to grub on some free food, receive their Black Card, and “dance with the cows.”

“What does it feel like being God’s favorite?” one viewer asked.

“Sounds like a cult,” joked another, to which Ashlee replied, “Cannot confirm… nor deny…”