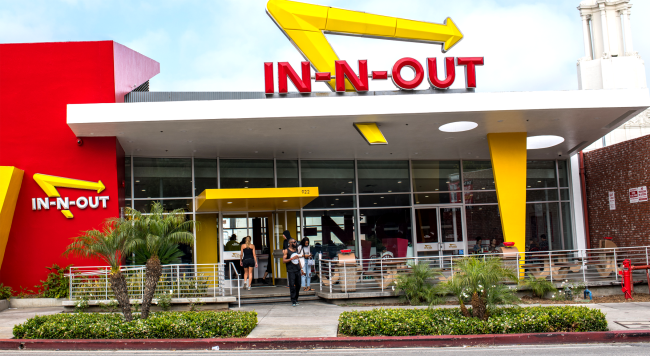 TikTok has become a great place to learn all sorts of new hacks and health tips, get caught up in romantic dramas, view the inside of creepy homes, and just generally be entertained for short bursts.

It’s also a very good place to go when you are looking to learn all about various restaurants’ secret menu items. Assuming that the secret menu items being presented in the TikTok video are actually real.

One such TikTok video has recently garnered over 3.5 million views for showing what the TikToker purports is a “Chicken Burger” off the secret menu at In-N-Out Burger.

The video, posted by @andynot2021, has blown up as much for what he claims to have ordered at In-N-Out Burger, as it has over people debating whether or not this “secret menu” item is actually a real thing you can get.

“Can I order from the secret menu? Can I get a chicken sandwich?” he asks the person at the counter.

A quick video cut later and voila, he’s got himself what he says in the comments section is a new “limited time” In-N-Out “chicken burger.”

Interestingly, another TikToker followed up his video with one of her own and sure enough, she’s got a chicken burger from In-N-Out on her platter.

This second video is pretty amazing since, according to pretty much everyone except the trolls on TikTok who visited or claim to have worked at a In-N-Out Burger say there is no such thing.

Many claimed that they had just placed a Popeye’s chicken sandwich in In-N-Out Burger wrapping.

So, who are we to believe?

Kathleen Luppi, In-N-Out marketing communications specialist, reportedly told Daily Dot, “The social media videos featuring a chicken sandwich or chicken burger at out restaurants are not accurate. The videos were likely created as a prank, or to attract online attention.”

As much as many of us really want to believe In-N-Out has a secret menu with a chicken burger on it, it seems that based on the evidence it is very unlikely.

As such, I submit Exhibit C, also from the TikTok account of @andynot2021.

In case no one has told you or have figured out for yourself yet, don’t believe everything you see on TikTok.