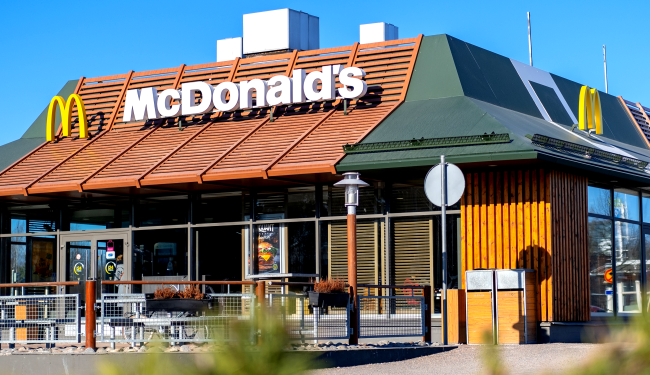 It is rapidly becoming apparent that if you are looking for a food hack, be it how to make something or how to get secret food items that don’t appear on a restaurant’s menu, then TikTok is the place to go.

Then again, what isn’t available these days on TikTok?

This week we’ve got another TikToker, @Theglasssniper, who gets millions of views trying out secret fast food menu items.

One of those secret menu items he claims you can get, if you visit McDonald’s at the right time of day, is what he calls a “McBrunch Burger.”

In his TikTok video, which has now been viewed almost 5 million times, he says, “Now this particular guy has two names to it. It’s called the McBrunch Burger or it’s called the Mc10:35.

“Why you ask? Well, there is a very small window at McDonald’s where you can get breakfast and lunch at the same exact time.

“It’s a lot tinier than the other ones. So apparently it’s a double cheese burger with egg and hash brown.”

While he does order a McBrunch Burger at the McDonald’s he was visiting, (1) when he received his order he got sausage instead of egg (not a big deal), and (2) a bunch of current and ex-McDonald’s employees say the McBrunch Burger is not a thing that exists.

“I went and asked for it and they did not know what it is,” wrote one viewer.

However, one person said that it does exist, and it’s on the menu – in Australia – and it’s called a Big Brekkie Burger.

So, does it really exist? Definitely maybe.

Just in case you can’t score a McBrunch Burger at your local Mickey D’s, @Theglasssniper also has numerous other secret menu hacks to try. For example…