TikTokers Share Hack For Getting Unlimited Free Domino’s Pizza, But Some Accuse Them Of Stealing 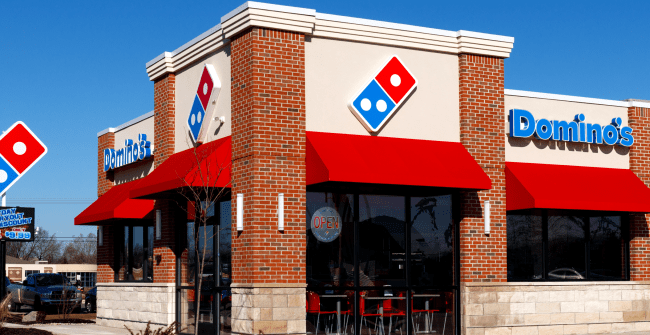 Everyone loves a good life hack, especially when it comes to food, but at what point does a hack go too far and turn into something unethical and perhaps illegal?

That is a question being asked of some students who have figured out a way to load up on “free” Domino’s pizza.

The students, understandably trying to save a few bucks, have discovered a local Domino’s that serves provides customers a free pizza when they finish the one they ordered and ate in the restaurant.

TikToker @gurpreet_gillx wrote in the caption of the video, “Unlimited dominos pizza only means one thing when you’re a student 😂😂 #tupperware #dominos #pizza #lifehack.”

Related: 13 Life Hacks That Seem Like They’re Fake, But People Swear Actually Work (And Are Great)

The Tupperware hashtag is particularly relevant because the “hack” the students use to score their “free” Domino’s pizza involves them stuffing pizza slices into plastic containers then hidden in a bad underneath the table.

“Nobody’s gonna know. How would they know?” someone says as the girls in the video giggle nerviously.

In the comments section of their TikTok video, the OP @gurpreet_gillx writes, “We paid €7.50 each and got 4 pizzas and refill drinks so yh Spain do it right.”

Numerous viewers agreed that it was a brilliant life/food hack.

“This is every student’s dream,” wrote one person.

“Best thing about this is it’s not even stealing,” commented another, sparking the question of ethics.

“This is stealing,” another viewer wrote. “Because it is in house consumption only. Same with an all u can eat buffet. U r not allowed to bring containers and take it with u.”

Others were rightfully worried that the students’ hack would end up killing the cool promotion.

“Thanks for ruining the promotion for everybody else just cause you wanted to go viral,” one person complained.

The rest, like me, just want to know… there are still Domino’s pizza places where you can sit down and actually eat the food right there?!

How do you feel about this semi-shady food hack? Let us know in the comments below.