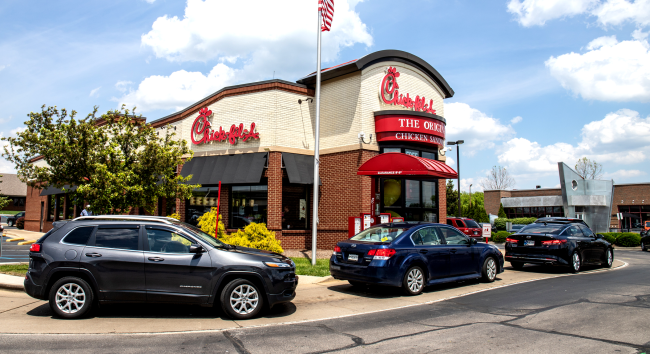 A TikToker who claims to be a former employee at Chick-fil-a has spilled the tea on what she says are “secret menu” hacks that anyone who regularly frequents the restaurant chain should definitely know.

The woman, named Brooke Anderson, revealed a couple of interesting items that the average Chick-fil-a customer would have no idea are available including a multitude of frosted sodas as well as bags of the restaurant’s pebbled ice that you can take home for your own personal use.

She says (while driving to Chick-fil-a to snag some of that “top tier” pebbled ice), “You can get any of their sodas frosted, not just frosted lemonade or frosted coffee.”

Anderson adds, “You can also ask them to add the strawberry puree to the lemonade, then you can get a frosted strawberry lemonade.

Related: Chick-Fil-A Drive-Thru Customer ‘Door Checks’ Fleeing Suspect So Cops Can Tackle Him And Speed The Line Up

Then, just to prove she knows her stuff and isn’t just blowing smoke, Anderson rolls up to the Chick-fil-a drive-thru and orders herself a tasty frosted Dr. Pepper and two bags of ice.

After she receives her frosted Dr. Pepper she was told to pull up, then someone delivered her two bags of ice, which she proudly showed off. 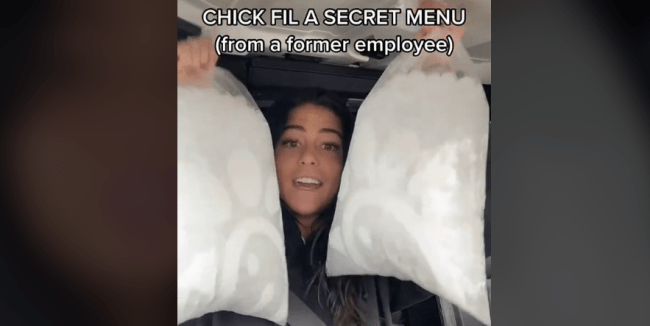 As such, numerous viewers claim that her Chick-fil-a secret menu hacks didn’t work for them, but they were countered by several other viewers, as well as some current Chick-fil-a employees who say Anderson is correct in her claims. It just depends on the location, the person taking the order, and/or whether you are going through the drive-thru or ordering it at the counter.

Regardless, the good news is that Anderson’s “secret menu” items do, in fact, exist. You just have to have the right combination of circumstances in place when and where you place your order.