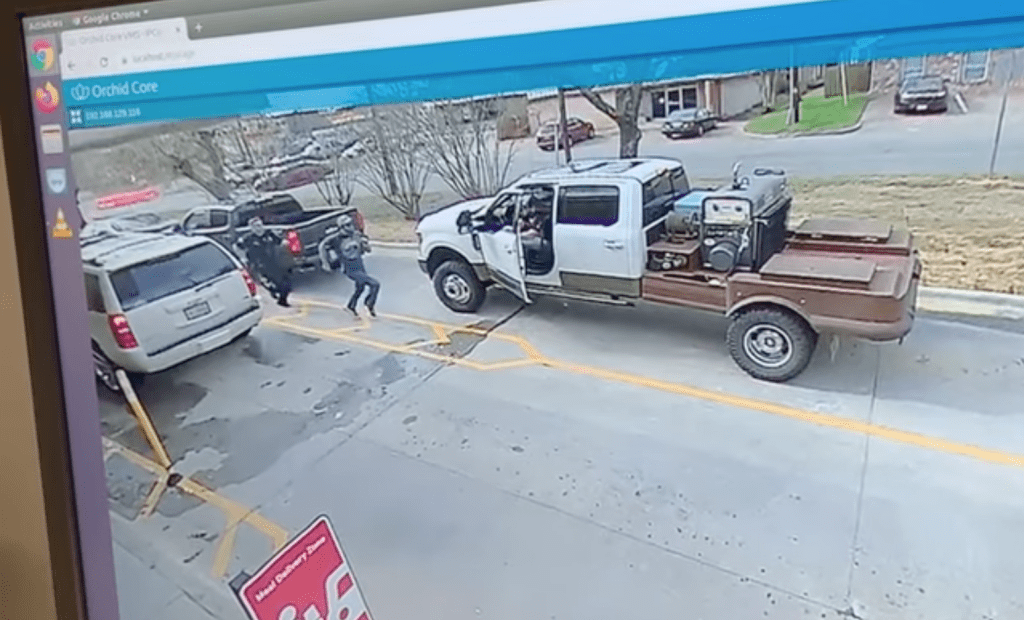 Few things in life are as reliable as showing up to Chick-fil-a and seeing a MASSIVE drive-thru line. BUT there’s also the peace of mind that the Chick-fil-a drive-thru line moves more efficiently than an assembly line at a factory and looks are deceiving.

Seriously, you can be starving and see 50 cars in line at Chick-fil-a and know that you’re going to breeze through that line within a matter of moments. That is, unless, there’s a fleeing suspect running from police and slowing down the Chick-fil-a line for everyone because the line is then at a complete standstill.

A ‘hangry’ dude in Texas found himself in this predicament and I want to throw him some props for ‘door checking’ the fleeing suspect and allowing the police to tackle the guy and get the line moving again. The Jacksonville (TX) Police Department shared the security camera footage on Facebook and it shows the truck driver taking the guy down. Check it out:

As for what went down here, police were chasing the suspect in his vehicle nearby when the guy jumped out of his vehicle and took off on foot near the Chick-fil-a. That’s when he made the mistake of running too close to the hangry truck driver who ‘door checked’ him and took him down. It didn’t take longer than an instant after that for the officer to tackle the guy and subdue him.

“”The suspect was quickly apprehended after the ‘HANGRY’ (but helpful) citizen reminded the suspect as to why you should never run from the police,” the Jacksonville Police Department shared in their Facebook post. And all of the commenters were quick to commend the guy for door-checking the suspect.

I’ll be honest, if it was me, I’d have been slightly worried about denting my door. The guy was running pretty fast and it’s Texas so I assume he was wearing a thick gold belt buckle. I’d have been a little worried about that buckle making contact with my door.