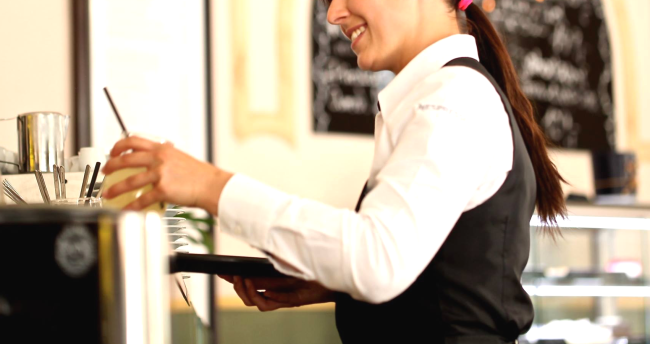 Seriously, what did we all do before TikTok? Food hacks (both legal and sort of), McDonald’s parking lot shootouts, ghost town sheriffs, “frogs” in food… it’s got it all.

Oh, and let’s not forget those cheating boyfriends. People looove exposing them on TikTok.

Case in point, a woman on TikTok who goes by the handle @feliciaburzotta (because her name is Felicia Burzotta) recently shared the tale of how she surreptitiously learned that her boyfriend was cheating on her.

Felicia’s video, which has now been viewed almost 5 million times, reveals how a unwitting restaurant employee spilled the beans to her that he was cheating and didn’t even realize it.

The story goes that she was suspicious of her boyfriend being unfaithful so on a night when she happened to be out of town and he said he was going out with “the boys” she called the restaurant where he said he would be.

“When he said he was going to dinner with the boys but I thought he was lying so I called the restaurant he was at and I pretended I was coordinating a surprise party for him,” she wrote.

“I asked the hostess who was there yet…his boys or his sister? She said his sister.”

In a follow-up TikTok video, she says, “I just had a feeling and I called the restaurant and said ‘Hey, I really want to surprise my boyfriend for his birthday.’ We’re going to need a bigger table, I don’t know who is there with though, is he with his sister or his friends.

“The girl asked what he looked like and I described him and said what he was wearing. She said ‘Oh I see him!, he’s with his sister’ and I was like oh which sister, is it the brunette sister or the blonde sister?

“Mind you, I’m looking for a blonde b-tch. And she affirmed that it was the blonde sister. So that’s how I found out.”

Reply to @carvalhoemilyc and since then I’ve been single😂 

In a third video, she says that she believes the hostess may have actually known what was up, but was playing along with her.

Then, we she returned home, she went to his house and found a fake eyelash in the bed, which was obviously not hers.