TikToker Thinks She Found A Frog In Her Cheesecake Factory Order, But It Might Actually Be Worse 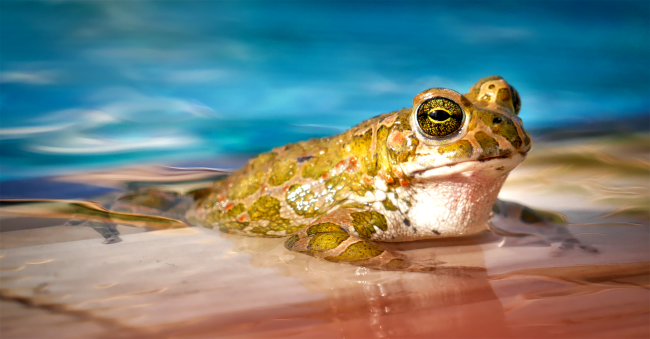 Shrimp tails, bullets, and now… a frog in someone’s food?

Seriously? Seriously. At least if you believe a woman on TikTok, Bethany Goodwin, who claimed on Tuesday that’s what she found in her order of Cheesecake Factory mashed potatoes.

Goodwin, a sophomore at the University of Florida, recorded a video on TikTok of her meal which has now been viewed over 7.9 million times and purports to show said frog.

“What the f–k? What is this? It’s like indestructible,” she says in the video as she pokes her fork around in some mashed potatoes.

“I deada– think this is a baby frog,” she writes in text across the video as she rinses the mysterious object off in the sink.

At the end of the video, with Goodwin appearing to be tearing up, she writes, “There was a FROG in my cheesecake factory order should I sue.”

Goodwin then seeks assistance from a professor at the University of Florida, writing in an email, “I am not one of your students at UF but I would really appreciate some help in dissecting something I found. This may sound ridiculous but I was eating a dinner tonight from the cheesecake factory, and i believe there was a frog in my mashed potatoes. I know this may sound funny but if you can help me dissect this and determine if it’s a frog I would appreciate it.”

“Had to read your message twice to believe what I was reading … I have eaten frog legs before, but I would not want to eat that,” the professor, a plant biologist, replied, and referred her to a “herpetologist colleague.”

In a follow-up TikTok video, after taking the “frog” to a University of Florida lab, it a scientist told her that he “believes” the item in her mashed potatoes was not a baby frog, but actually just a big glob of “black mold.”

The Cheesecake Factory, responding to The Daily Dot, says it has “been in touch” with Goodwin and was “very concerned to hear of this incident.”

“We take food safety and sanitation very seriously and are committed to providing a safe dining experience to all of our guests whether they dine-in or order take-out and delivery,” the company stated.

Goodwin now says that her throat has begun bothering her and thinks “it might be because of mold.”