Move Over Shrimp Tails, This Guy Claims His Son Found A Bullet Inside Bag Of Flamin’ Hot Cheetos 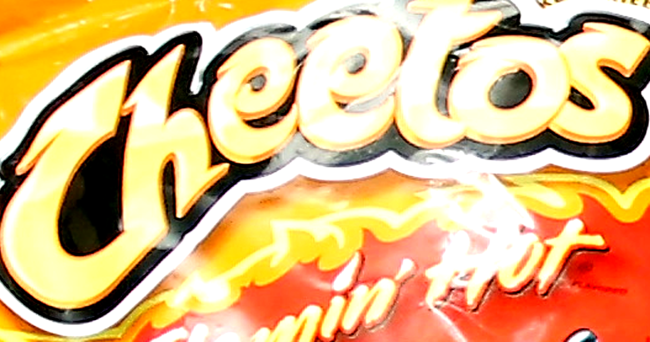 What is more alarming? Finding shrimp tails in your Cinnamon Toast Crunch cereal or discovering there is a bullet in your bag of Flamin’ Hot Cheetos Puffs?

Either way, it seems that no matter how good a food company’s quality control is believed to be there will always be someone who gets a bad batch of their product and then tell the world.

Such is the case today with a man from Elmo, Montana named Bow Horn Weasel (no relation to Badlands Justice) who claims his 6-year-old son found a bullet in his bag of Flamin’ Hot Cheetos Puffs on Sunday.

Weasel tells TMZ that he bought the bag of Flamin’ Hot Cheetos Puffs on Saturday at a local convenience store.

On Sunday, his son found the bullet at the bottom of the bag after finishing the puffs, which makes some sense because the bullet would surely sink to the bottom since it weighs much more than a Cheeto.

Weasel preemptively told TMZ that there is no way he made this claim up and that he reached out the Frito Lay both on Facebook as well as via email.

He shared an alleged screenshot of his conversation with a Frito-Lay rep and says the company is sending him a testing kit that will do… something.

The Montana man says he isn’t looking for any compensation from Frito-Lay or its parent company PepsiCo, he just wants the company to be aware of the issue and ensure that it doesn’t even happen again to someone else.

A woman on Twitter also posted pictures of the bullet and received a response from Frito-Lay.

Chelle – So sorry for the delayed reply. We are so glad you brought this to our attention. We take this very seriously & would like to look into this further! At your convenience could you please call 1-877-789-8456 (Mon-Fri, 9am-4:30pm CT). Thank you!

Reactions to this unusual claim on the internet were pretty much what one would expect.

To be fair, the bullet is probably healthier to ingest than the cheetos 😂

Shouldn’t have been eating these wack ass chips anyway