TikToker Stuns Millions With Revelation About Pumpkin Patches: ‘My Whole Life Has Been A Lie’ 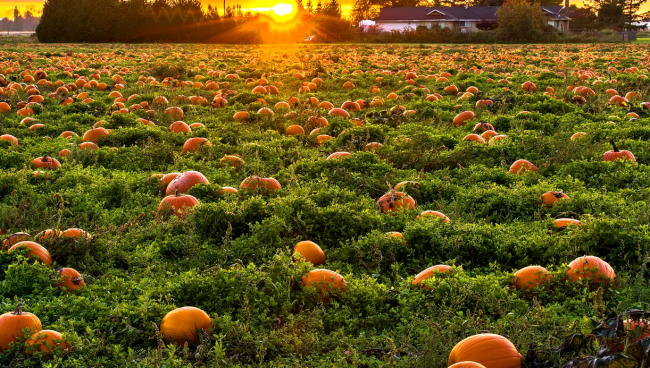 A TikToker’s revelation about pumpkin patches has now been viewed over 3 million times due to the little known secret that she shared.

TikTok user Chrissy Schmogs was participating in an annual tradition followed by many when she visited a local farm’s pumpkin patch.

Like most people, Schmogs had always assumed that when she visited a pumpkin patch to pick one out for a little Halloween carving fun that the seasonal squash were located in the exact spot where they had been grown.

Unfortunately for Chrissy, as she put it, “My whole life has been a lie.”

Why? Because as she reveals in her video, the pumpkins are actually delivered to the patch on trucks, tractors and trailers loaded to the hilt with pumpkins from other locations.

Chrissy, obviously not alone in being gobsmacked by this realization, has so far received over 900 comments on her TikTok video, many of which expressed complete shock and surprise.

“Wait what?!” one viewer commented.

“I knew it,” someone else commented.

Several other viewers offered up some very rational explanations for the pumpkins being “planted” at the pumpkin patch.

“Farmer here, the field starts as cut your own but after about a week we have to restock from other fields on our farm, unless you wanna walk 2 miles,” said one viewer.

“Near me they do this as they have loads of massive fields and don’t want everyone walking all though them, so they keep the picking to 2 fields,” wrote another.

“If you let the pumpkin pickers loose all the good ones would go on the first day , grow in another field and stock the picking field daily,” another viewer commented.