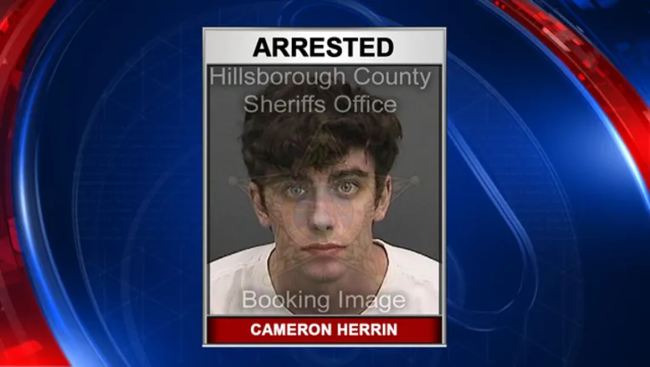 If you are wondering why #JusticeForCameron has been trending on TikTok, it’s because numerous TikTokers are trying to get the 24 year prison sentence reduced for 21-year-old Cameron Herrin, who was convicted this year of killing a 24-year-old mother and her 21-month-old daughter.

Herrin is appealing his sentence after a judge found him guilty on two counts of vehicular homicide and sentenced him to nine years in Florida state prison for the count one and 15 years for the second count, reports WTSP News.

According to Fox 13 News, in May 2018, Jessica Reisinger Raubenolt and was pushing her daughter Lillia in a stroller across the street when Herrin hit and killed them with his 2018 Ford Mustang while street racing.

The Hillsborough County Sheriff’s Office says Herrin was racing another vehicle – a gold Nissan driven by John Barrineau, which led to the deaths of the mother and daughter.

The data recorder in the Mustang later showed that Herrin was speeding at “102 miles an hour before the driver began a hard braking, right before the crash.” The speed limit on the road at that time was 45 mph.

Hillsborough Circuit Judge Christopher Nash sentenced Herrin to 24 years in part because of the 21-year-old’s track record of excessive speeding.

John Barrineau, whose vehicle did not strike the victims, took a plea deal and was sentenced to six years in prison followed by 15 years of probation.

Now, a slew of TikTokers are appealing for leniency in Cameron Herrin’s case, believing that the 24 prison sentence is too harsh because he is … attractive.

One of those people on TikTok is @hannahkosh, who told her almost 600,000 followers, “People on the internet and on TikTok specifically think that this punishment is too harsh and that he deserves a second chance. Here are some of the comments: ‘Poor boy, I hope they will forgive him, he looks innocent. He didn’t do it on purpose,’ and ‘He doesn’t deserve that. You’re too cute.”

That TikTok video has now been viewed over 2.2 million times.

She also points her viewers to a Change.org petition which has been signed by almost 28,000 people.

Hannah also read several comments in support of Cameron Herrin, who has over two million followers on TikTok, which included one that read, “He doesn’t deserve that. You’re too cute.”

Numerous other TikTok videos have also been posted to TikTok with the hashtag #JusticeForCameron, including one comparing him to Victoria Mendoza, who was sentenced to 16-to-life for stabbing her 21-year-old girlfriend.

In another instance, a TikTok video supporting Cameron Herrin that wentviral uses music by Charlie Puth and was told by the artist himself, “Don’t use my music for that sh-t.”

According to Bjorn Brunvand, a Tampa Bay area criminal defense attorney not connected to the case, Herrin’s appeal will “examine what the judge did, whether or not he violated the law in any way, whether or not it was an unreasonable sentence.”