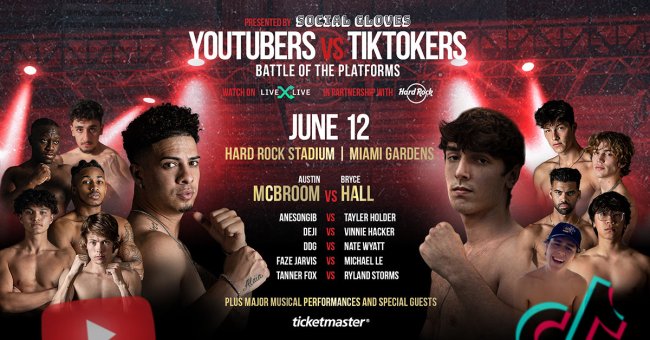 TikTokers and Youtubers who fought at the Social Gloves celebrity boxing match in early June haven’t been paid and they fear that the production company behind the event may have financial issues.

On June 12th, Bryce Hall, Austin McBroom, Vinnie Hacker and a slew of popular TikTokers and Youtubers faced off in the boxing ring.

Two weeks after the event, Hacker and others have said haven’t gotten paid and have had very little communication with the production company Social Gloves.

Here’s what Hacker had to say after he confirmed he hadn’t gotten paid.

Via “The BFFs Podcast”

“There’s a lot that we have to deal with right now, and I don’t even know the full story, I don’t know what’s going on right now. This whole time, this whole thing, I’ve been so out of the loop, because it was just terrible communication in the first place.”

Apparently, the event sold only 136,000 PPVs which was a lot less than anticipated.

News – The social gloves PPV which featured @AustinMcbroom vs @BryceHall did a total of 136,000 PPV buys. The organizers were hoping to get around 500,000 buys.

Hacker isn’t the only one to accuse the company of not paying up. FouseyTube, the announcer for the event, says he also hasn’t gotten paid.

INSTANT REGRET: Fouseytube says he hasn't been paid for working as an announcer at 'YouTube vs TikTok' boxing event. This after Vinnie Hacker shared on BFFs podcast he hadn't been paid for fighting, and Josh Richards said company producing event allegedly filed for bankruptcy. pic.twitter.com/UfCTE6TGdu

And neither has Marcos Villegas, the owner of popular boxing Youtuber channel FightHub who worked the event.

People are laughing about the buys this event did. But it’s not funny that fighters, talent (myself included) have not been paid yet. Hoping this all works out in the end. https://t.co/KPCAVbTL89

Social Gloves issued a statement saying they had hired a “leading accounting firm” to do an audit before paying out fighters. 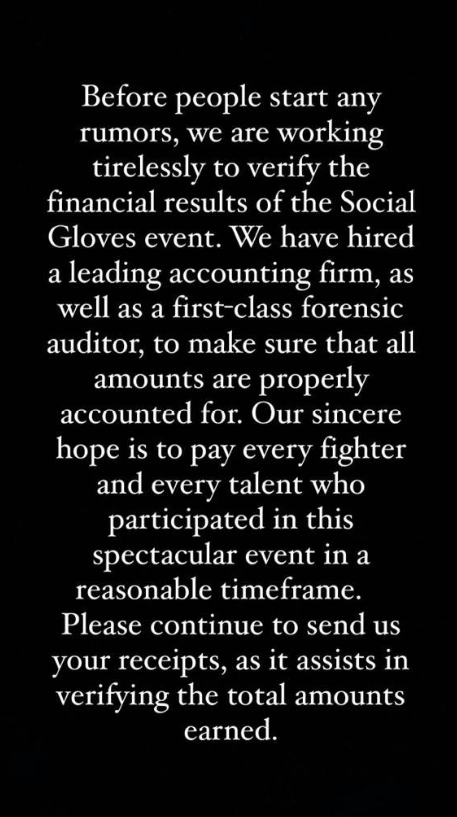