Tim Allen Dunks On ‘Lightyear’ Critics, Says The Film Is A ‘Wonderful Story’ 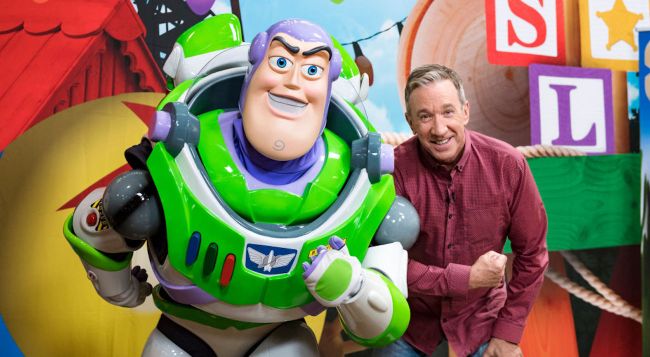 Despite the fact that Lightyear is ultimately a movie for children, there have been tons of misadjusted adults that have been complaining about the film in recent months, whether it be about the half-a-second-long same-sex kiss or the fact that the titular character is voiced by Chris Evans and not Tim Allen.

Allen, though — clearly capable of some semblance of critical thought — recently acknowledged that the movie Lightyear really has nothing to do with his character Buzz Lightyear in the Toy Story films. He also said that Lightyear, which he originally thought was going to be in live-action, is a “wonderful story.”

“”The short answer is that I’ve stayed out of this [the discourse around the film], because I sai this a long time ago… this is a whole new team that had nothing to do with the first movies,” Allen said in an interview with Extra. “It’s a wonderful story. It doesn’t seem to have any connection to the toy.”

Lost count of its sci-fi homages but the best comparison is Interstellar, in terms of where it mines its ample emotion and humor (there’s a scene-stealing TARS ripoff).

It should maybe come as no surprise that Allen is full of praise for Lightyear as the 69-year-old actor is currently cutting a check from the Mouse House as he’s set to return as Scott Calvin in a new Santa Clause series on Disney+.

🎅✨ Enjoy a first look at the @DisneyPlus Original Series "The Santa Clauses" in celebration of #HalfwaytotheHolidays and learn more about the cast joining the series: https://t.co/sBIw98aoeN pic.twitter.com/GD3kakMQnm