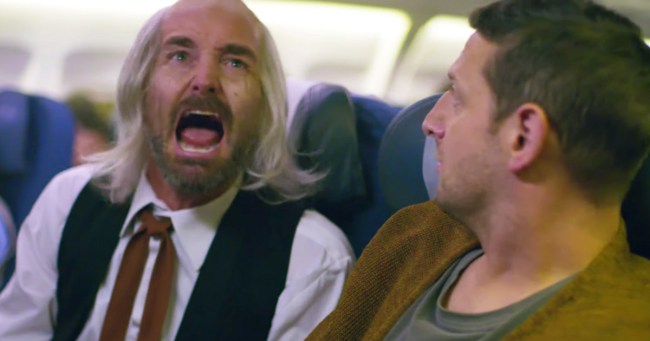 When you think of The Lonely Island, you think that their unique brand of sketch comedy on Saturday Night Live and their hilarious songs. But the comedy troupe is bringing their brand of humor to Netflix with a new sketch TV show I Think You Should Leave With Tim Robinson.

Robinson is a Saturday Night Live veteran and was on the Comedy Central series Detroiters. Tim brings some familiar faces from SNL and pop culture to his new Netflix series. “There is no such thing as an ordinary interaction in this offbeat sketch comedy series that features a deep roster of guest stars,” Netflix promises.

Guest stars for the six-part series include Will Forte, Cecily Strong, Tim Heidecker, Steven Yeun, Vanessa Bayer, Sam Richardson and Andy Samberg from The Lonely Island. The series will “navigate awkward workplace drama, host an intervention in a Garfield themed house, talk their way out of a babysitter’s fake hit and run, and much more.”

I Think You Should Leave With Tim Robinson is available on Netflix for your streaming pleasure on Tuesday, April 23.

Tim Robinson also did a short sketch for Netflix about his character named Sammy Paradise, who bets the house and loses it all. Especially his dignity.