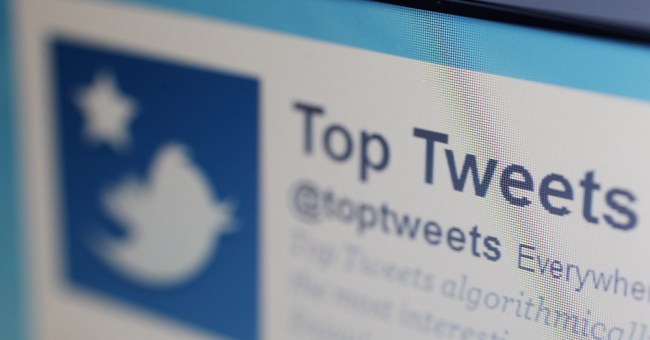 Specifically, the report calls out a company named Devumi. Devumi’s website claims they can “quickly gain followers, viewers, likes and more” using their “blend of marketing tactics.” The company also boasts, “From trending tweets, to viral videos. We make it happen.”

Ireland went from 160,000 followers in January of 2017 to over a million followers today after an employee supposedly went rogue and purchased them without her knowledge. Martha Lane Fox also blamed a “rogue” employee.

However, according to the report, Devumi sells Twitter followers that are made up of copies of the profiles of real people as well as completely fabricated Twitter accounts.

One woman, Jessica Rychly, claims the report, had her name and image used on a fake Twitter account to promote cryptocurrency, real estate and pornography.

According to the Times, Devumi, which says it is based in Manhattan, but actually operates out of West Palm Beach, has at least 3.5 million automated accounts and has sold more than 200 million Twitter followers to their customers.

New York Attorney General Eric Schneiderman has announced that he will be opening an investigation into Devumi and its practices. Of course, he made that announcement on… Twitter.

Impersonation and deception are illegal under New York law. We’re opening an investigation into Devumi and its apparent sale of bots using stolen identities. https://t.co/uvxGOp7soQ

Devumi founder German Calas, 27, denied selling fake Twitter followers in an email to the Times last November, saying, “The allegations are false, and we do not have knowledge of any such activity.”

Calas also posted a résumé online in 2014 claiming to have degrees from Princeton and MIT. Both schools have no record of him, and one of the degrees he claims doesn’t exist at that university.

The Times even signed up with Devumi as a customer, buying 25,000 Twitter followers for just $225. They also sell YouTube views, plays on SoundCloud and endorsements on LinkedIn.

For their part, Twitter did issue a response to the Times exposé.

The tactics used by Devumi on our platform and others as described by today's NYT article violate our policies and are unnacceptable to us. We are working to stop them and any companies like them.