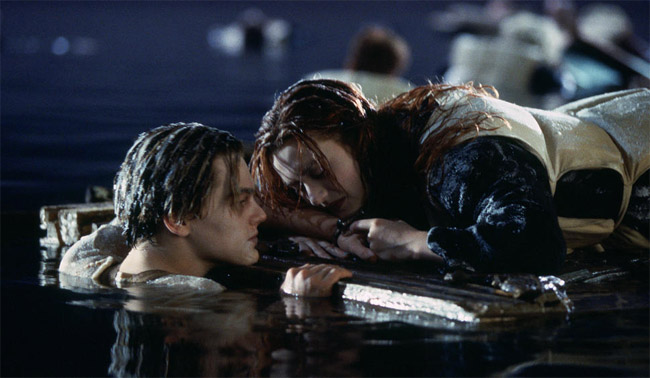 Titanic debuted in theaters on December 19, 1997, and since then there has been one question that fans have been asking – “Why didn’t Rose make room for Jack?” Over 20 years later, we finally get an answer why Rose (Kate Winslet) didn’t scooch over to make room for Jack (Leonardo DiCaprio) on the floating debris from the RMS Titanic. According to Billy Zane, the “hero had to die.”

Zane played Caledon Nathan “Cal” Hockley, the arrogant heir to a Pittsburgh steel fortune, who was the villain in the movie Titanic. Zane talked to People magazine and explained why Rose was so selfish about not making room on the wooden piece of wood. “Your hero had to die. I don’t know what else would have done it. It had to happen.” Listen to your friend Billy Zane, he’s a cool dude.

Last year, Zane addressed the heavily debated question of why Rose didn’t try to save Jack. “From a point of physics, sure. From a perspective of the times and that level of chivalry, I’m not surprised,” he told Variety. “I don’t think this door issue was intended [laughs]. Somewhere between the art department and the camera department it might have photographed bigger than it was. I think the fact that Jack tried to ensure that the least amount of freezing water touch her skin, which was the case by not jumping on it, preserved her and saved her. That was the idea. If he went up there, it would have swamped them.”

Titanic‘s director, James Cameron, explained the simple reason why Jack died. “Because it says on page 147 [of the script] that Jack dies. Very simple,” he bluntly told Vanity Fair. “Obviously it was an artistic choice, the thing was just big enough to hold her, and not big enough to hold him. I think it’s all kind of silly, really, that we’re having this discussion 20 years later.”

“But it does show that the film was effective in making Jack so endearing to the audience that it hurts them to see him die,” Cameron added. “Had he lived, the ending of the film would have been meaningless. The film is about death and separation; he had to die. So whether it was that, or whether a smoke stack fell on him, he was going down. It’s called art, things happen for artistic reasons, not for physics reasons.”

Cue “My Heart Will Go On” by Celine Dion.