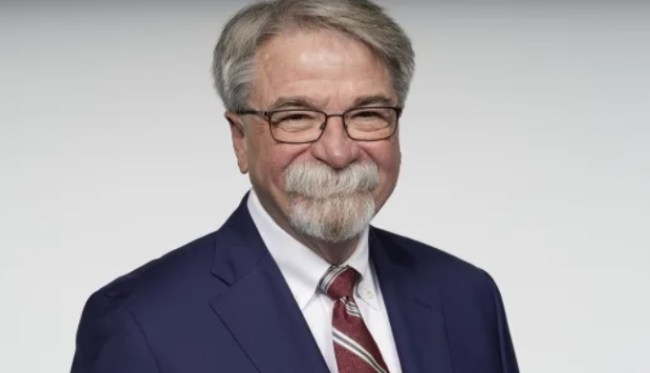 According to John McClain of the Houston Chronicle, Underwood is retiring.

He’ll remain with the organization as a special advisor to owner Amy Adams Strunk.

Underwood began as legal counsel to former Oliers owner Bud Adams, and has been with the team for 40 years, and played a significant role in the team’s move from Houston after the 1996 season. He initially retired in 2011, but came out of retirement in 2015 as team president and CEO.

After Underwood announced his retirement the Internet was fixated with his strange facial hair.

Some men buy flashy cars when they have a midlife crisis…..Steve Underwood however… pic.twitter.com/QTmBSpeVmr

You may look at a headline saying "Titans President Steve Underwood Retiring" and not pay much attention… but we NEED to talk about this facial hair. pic.twitter.com/Krrv6F4BhM

Store: "sorry we're out of masks"

Is this guy the Lorax? pic.twitter.com/hVoObdaKEG