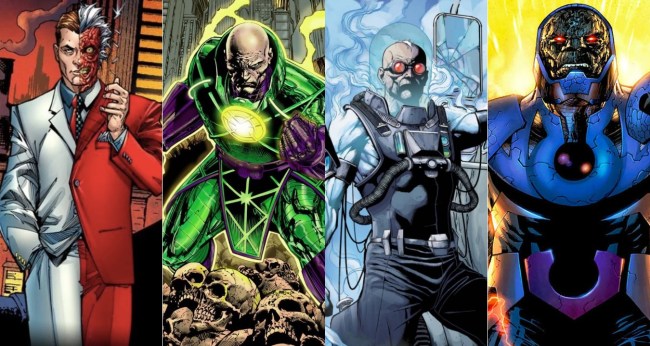 Earlier today, we brought the news from The Hollywood Reporter that a sequel to the record-breaking film Joker was in the works, with Joaquin Phoenix set to return as the titular Clown Prince of Crime and Todd Phillips attached to direct.

And while the news of a second Joker is all well and good — depending on who you talk to, I, personally, have a difficult time seeing how they evolve this version of the character, yet would still gladly pay money to see a sequel — the report was sprinkled with perhaps more interesting news: that Phillips asked Warner Bros. chairman Toby Emmerich for “the rights to develop a portfolio of DC characters’ origin stories.”

As for a DC villain origin story that could be mined next, Phillips would be well suited for either Darkseid, a tyrannical ruler who is worshipped by some as the god of evil, or Metropolis’ power-mad one-percenter, Lex Luthor. [via The Hollywood Reporter]

At this time, it is unclear if Warner Bros. will go forward will Phillips’ proposal. Regardless, we can certainly expect more villain origin stories from Warner and DC, as not only Joker was an unrivaled box office success, but it gives them something perhaps something even more valuable: something that Marvel Studios currently isn’t offering.

Personally, I’d like to see someone tackle Mr. Freeze. While the character has had a deservedly horrible wrap since the 1997 disaster Batman & Robin that saw a neon blue Arnold Schwarzenegger dropping ice puns, the reality is that Victor Fries is arguably the most sympathetic character in Batman’s sprawling and layered rogue’s gallery.

In addition to Mr. Freeze, I think both Two-Face and Ra’s al Ghul have serious potential for a solo movie, with the former being particularly enticing considering a quality film about a decent and well-meaning lawyer descending into madness could easily contend for Academy Awards.

Eric is a New York City-based writer who still isn’t quite sure how he’s allowed to have this much fun for a living and will tell anyone who listens that Gotham City is canonically in New Jersey. Follow him on Twitter @eric_ital for movie and soccer takes or send your hate mail to eric@brobible.com