‘Joker’ Director Reveals How The Upcoming Film Compares To The Comics

When Warner Bros. first announced that they were developing a Joker origin story back in August 2017, I was first in line to rant and rave about how such an idea betrays the very fabric of the character.

What makes Joker so everlasting, so legendary, is his opaqueness and his mystery. It’s his lack of identity that poses the most threatening existential question to Bruce Wayne’s life-defining crusade: can evil ever be stopped if anybody and everybody has it inside of them?

Simply put, regardless of the prestige involved with the film — Todd Phillips, Joaquin Phoenix, Robert De Niro, Marc Maron, and Frances Conroy is an undisputed murder’s row of talent — I felt that the film’s very existent betrayed the fundamental idea of the Joker: that this is a “man” so evil, so lost in insanity, so the off-the-moral-grid, that even Batman himself — the world’s greatest detective — can’t figure out who that man is. 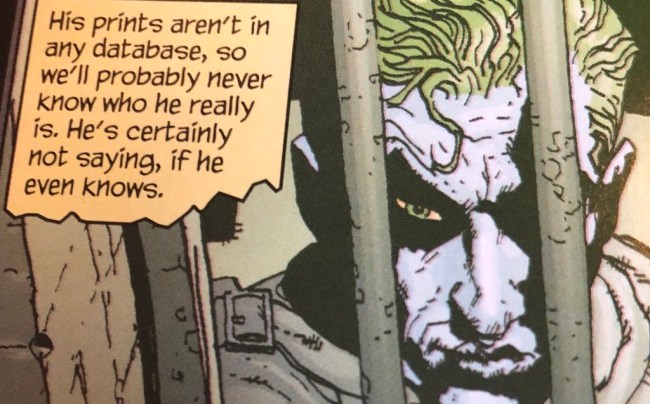 However, as time has passed and trailers have dropped, I’ve further warmed to the idea, largely due to the commitment the role seems to have elicited from Phoenix.

Now, with just a handful of months until the movie’s release, I’ve transitioned from skeptically curious to full-blown excited, especially considering the most recent quotes from director Todd Phillips.

Speaking to Empire Magazine, Phillips discussed how he expects there to be a backlash to the film as they “didn’t follow anything” from the comics.

“We didn’t follow anything from the comic books, which people are gonna be mad about. We just wrote our own version of where a guy like Joker might come from. That’s what was interesting to me. We’re not even doing Joker, but the story of becoming Joker. It’s about this man.”

And if you’re a true blue Batman fan, that’s music to your ears, as it shows Phillips fundamentally understands the character enough to know that attempting to tell his definitive origin story would be a detriment to the film, as the Joker has no origin story.

‘Joker’ will be released in theaters on Friday, October 4.