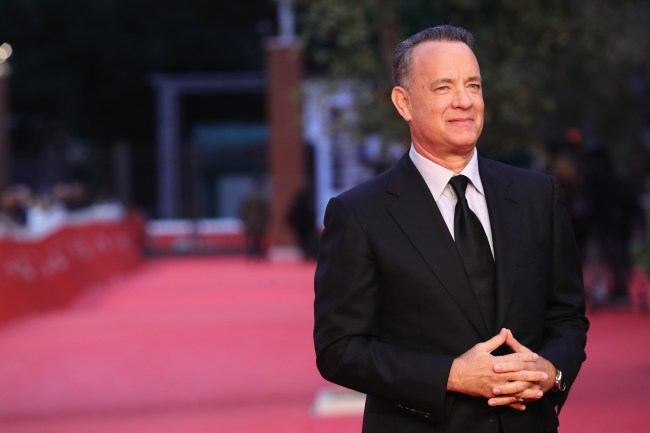 Once news broke that Tom Hanks and his wife Rita Wilson tested positive for coronavirus, the American public almost immediately began to take the virus more seriously than they ever had before, as it served as a much-needed wake-up call: if Tom Hanks can get it, we can all get it.

That was 12 days ago and Hanks has been in Australian isolation with his wife ever since.

But while Hanks’ diagnosis represented a launching point of panic for some, his continued updates have also provided hope for the rest of us, as we’ve been able to see Hanks and Wilson’s conditions improve in real-time.

Thanks to the Helpers. Let’s take care of ourselves and each other. Hanx pic.twitter.com/09gCdvzGcO

Hanks’ latest update came on Sunday night as the Academy Award-winning actor shared how he and his wife are doing now that they’re gone through two weeks of self-isolation.

“Hey, folks. Two weeks after our first symptoms and we feel better. Sheltering in place works like this: You don’t give it to anyone – You don’t get it from alone. Common sense, no? Going to take awhile, but if we take care of each other, help where can, and give up some comforts, this, too, shall pass. We can figure this out. Hanx” [via Twitter]

While these remain terrifying times, the more personal anecdotes of recovery, the better off our general morale will be.