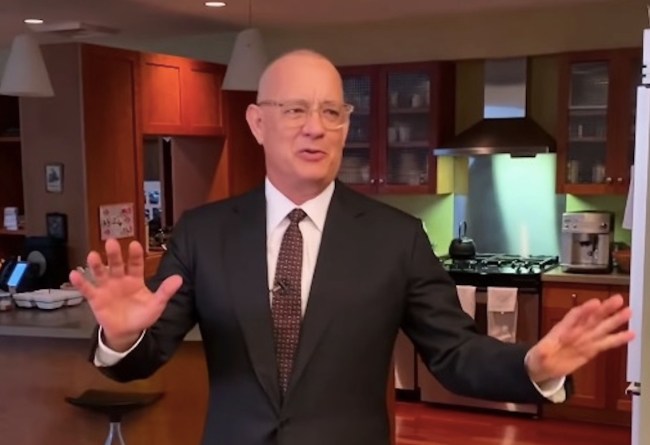 One of the silver linings of our current global situation is that it’s forcing people to become creative in ways they normally wouldn’t otherwise.

Regardless of what your profession is, the newfound way of working from home has likely caused you to change the way you do things, to adapt, to problem solve — whether you’re a middle school math teacher like my mother, a Patagonia-loving finance guy like my roommate, or a writer like myself.

As a result, late-night TV stalwarts like Conan O’Brien and Saturday Night Live have come up with new ways to entertain their fans in these uncertain times, resorting to remote forms of communication to deliver comedy that has been traditionally done in front a live studio audience for generations.

On Saturday, SNL returned to our brave new world for the first time, opening the episode with someone who has arguably been the face of the virus, Tom Hanks, whose positive diagnosis marked a turning point in the public’s perception of the disease.

In typical Tom Hanks fashion — except for the fact that he’s now bald! (Hanks says it’s for a movie role, which I suspect is Colonel Tom Parker, the character he will be playing in the upcoming Elvis biopic) — the monologue is filled with corny yet typically reassuring Dad jokes.

Hanks wasn’t the only celebrity guest in the episode, as Larry David made an appearance as Bernie Sanders, Alec Baldwin appeared as Donald Trump, and Chris Martin of Coldplay delivered a performance of “Shelter from the Storm.”