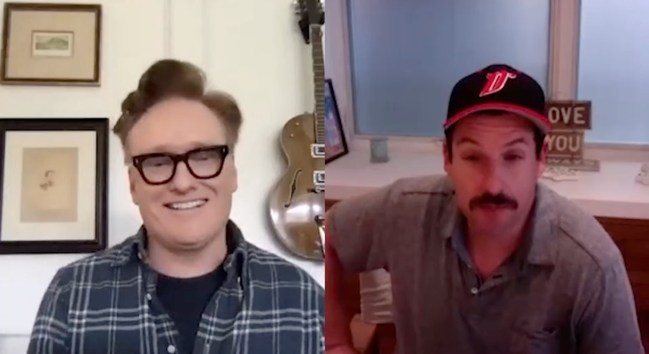 I appreciate the hell out of Conan O’Brien. Out of all the current late-night hosts, he is perhaps the last one to carry on the David Letterman tradition of keeping late-television what it’s supposed to be: weird.

Don’t get me wrong, I’ve got love for Colbert and Kimmel, both for different reasons. Fallon — he seems like a great guy but his shtick isn’t for me. But Conan’s brand of comedy is so far removed from the pristine cable network packaging of the other two, as most of his best stuff comes from outside the studio.

For example, when you talk about getting lost in YouTube holes, one of the most hilarious ones out there is Conan’s on-going antics with his sociopathic-seeming producer Jordan Schlansky (this first video is one of my all-time favorite late-night clips, worth the eight minutes).

Conan’s been doing this shit for like 20 years now, and for whatever reason, it never loses an ounce of its hilarity. Not only that, but I still can’t tell if Schlansky is faking it or not.

All of this is just an over-elaborate way of explaining that if any late-night host is prepared to cope with life’s current circumstances, it’s Conan, who debuted the new quarantine-formated version of his show last night — which he promises will be a “highly unprofessional endeavor” — with his buddy and neighbor Adam Sandler as the first guest.

Late-night television is at its best when it’s just two legitimate friends bullshitting back and forth and that’s exactly what we get here. If you weren’t a Conan fan before, now’s certainly the time to become one (his podcast is also pretty great).