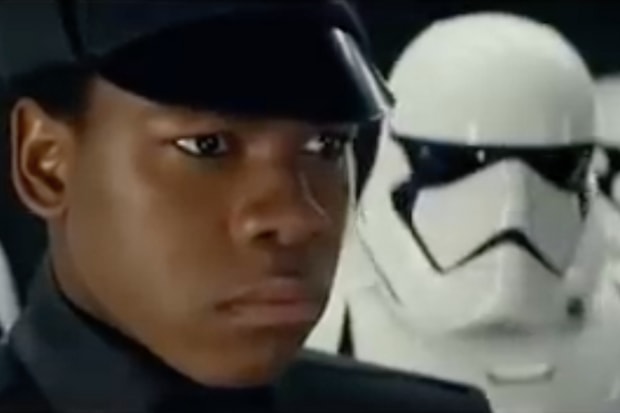 On Wednesday, we learned that Tom Hardy was allegedly knocked out by Shia LeBeouf on the set of a movie. But don’t feel too bad for Mr. Hardy because he got to have a cameo in Star Wars: The Last Jedi, but his scene was eventually cut from the blockbuster movie.

Even if the scene wasn’t cut from The Last Jedi, you wouldn’t have known if it was Hardy because he played a stormtrooper. In the deleted scene, the Mad Max star turns to Finn (John Boyega) and says, “FN-2187?” meaning the stormtrooper recognizes the former First Order member who defected to the Resistance.

Finn believes that stormtrooper #926 is about to out him and weapons are moments away from being drawn when Hardy’s character says in a Southern accent, “I know I’m not supposed to initiate contact with officers, but I never took you for captain material. Look at you – captain!” Then the stormtrooper slaps Finn on the butt.

The scene was deleted possibly because Finn’s desertion was public knowledge and it would be odd that not only one, but six stormtroopers wouldn’t know about Finn turning or for the awkward butt-slapping. Star Wars: The Last Jedi is available now on Digital HD and on Blu-ray 4K Ultra HD, Blu-ray, and On-Demand beginning March 27th. In other Tom Hardy news, he will be portraying infamous mobster Al Capone in his next movie titled Fonzo.