There Was A Fake Ass Wearer In ‘Spider-Man: No Way Home’, Claims Tom Holland 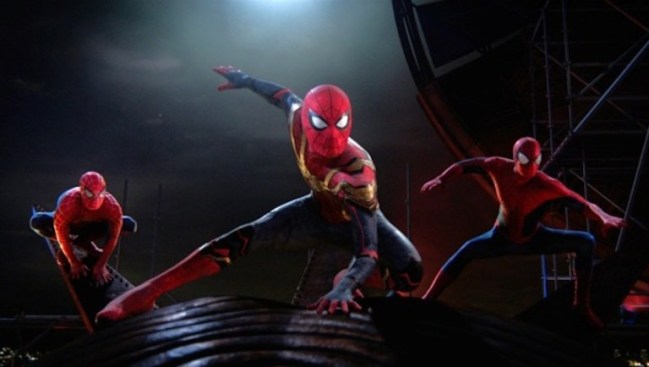 It’s certainly a hell of a time to be Tom Holland as the Englishman is currently the biggest movie star in the world, as his most recent movies — Spider-Man: No Way Home and Uncharted — currently occupy two of the top three spots at the box office.

Being one of the world’s biggest movie stars doesn’t come without a cost, though, as Holland has been doing exhaustive amounts of press and interviews over the last six months or so, with his latest appearance coming on Late Night with Seth Meyers.

During his appearance on the show, Holland — perhaps finally running out of jovial talk show anecdotes — hilariously revealed that one of the three Spider-Mans wore a fake ass while filming No Way Home.

“I’ll give you a spoiler, and I’m not going to tell you who, but one of us has a fake ass in their suit,” Holland said on Late Night with Seth Meyers. “You can figure out that for yourselves.”

Given that it’s been over a decade since he’s had to be in superhero shape, my guess is that the faux donk belonged to Tobey Maguire.

The film is currently playing in theaters and will hit Starz in the “next six months,” according to a Deadline report from early February.