Tomi Lahren Attempts To Insult Jay-Z By Reminding Us He Was A ‘Former Crack Dealer’ Before Making ‘The Blueprint,’ Marrying An Icon, And Becoming A Billionaire 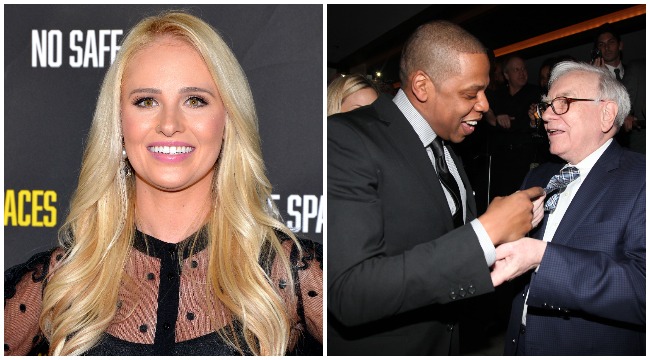 The planet’s premiere pot stirrer is making salt soup once again, and it’s only a matter of time before The Game calls her a “c** gargling, microwaved carrot skinned, 90 year old white man body havin sl*t.”

His words, not mine. And I don’t know if we should throw him in jail for them or give him a Pulitzer.

Tammy has dusted off and sharpened up her Stand For The National Anthem take and has aimed the arrow in the direction of Jay-Z and Beyonce, who didn’t stand for the National Anthem but did this weird swaying thing like they’re on the toilet trying to encourage a poop.

As we know , Tomi would implore Stephen Hawking to stand for the anthem to earn those plentiful post-Super Bowl clicks, and here’s the evidence to prove it.

How are you going to call this man a crack dealer and not mean it as a compliment? Shawn Corey Carter went from selling drugs outside the Marcy Projects to marrying Beyonce and standing next to Warren Buffet on the cover of Forbes 400 Richest edition. Shawn Corey Carter invented Jay-Z.

Tomi: “Hey loser you grew up dirt poor with low expectations and no opportunity and then created The Blueprint and became a billionaire. Fucking crackhead. Boom roasted.”

The internet is a dark, unforgiving place…. 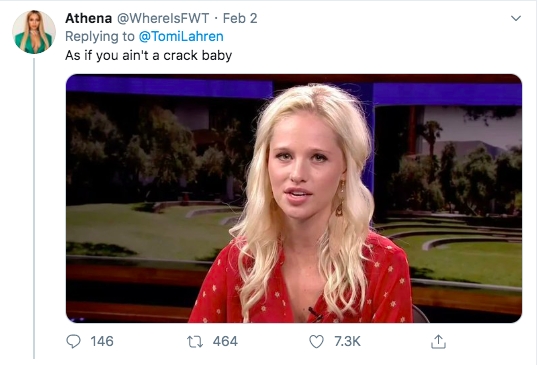 Tomi then calls Jay-Z and Beyonce “despicable” because she prefers to have a latino slur embedded into her insults when possible.

You hate police, Donald Trump, and the spirit of this nation so much you can’t pick your privileged asses off the chair for 2 mins to pay some respect? Despicable.

Everybody knows a couple tweets isn’t enough to POP in this social landscape. You gotta do the Way More Angry Than Any Reasonable Person Would Be schtick on camera so people know that you mean business and can see you’re still hot.

This country isn’t perfect but it has sure done a lot for them. Ya can’t stand for 2 freakin’ minutes? https://t.co/1n2wdHHNhS pic.twitter.com/e4QxbsL2ya

Maybe if I tell Tomi I’m mad she’ll respond to my DM.