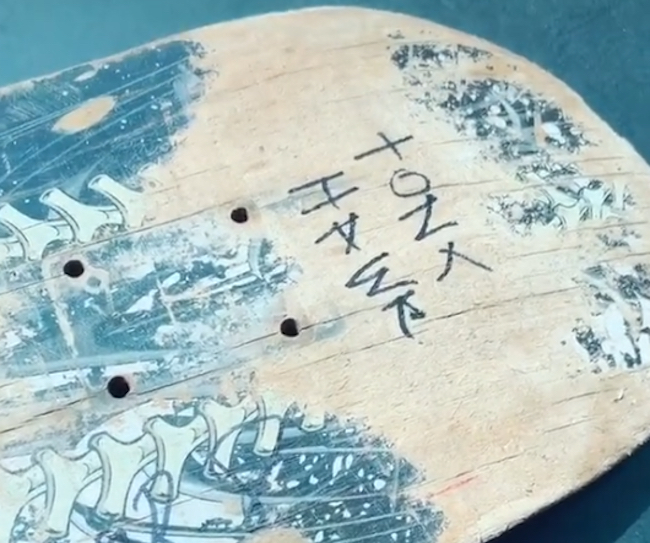 We’ve all mailed gifts to our heroes.

As a kid, I’d mail baseball cards to my favorite players in hopes of getting an autographed card back.

A little boy named Cooper won’t have to wait long to hear back from his hero, thanks to a kind FedEx guy and the internet.

Mikail explains that on his delivery route today, the little boy chased him down to send a gift to Tony Hawk.

Cooper gave the FedEx driver his custom board for Tony Hawk and asked him to deliver it for him.

Cooper’s mom played along and asked Mikail, “yes, please see that Tony Hawk gets the gift.”

Unfortunately, Mikail doesn’t know Tony Hawk’s address, so instead, he posted a video on TikTok in the hope the message would somehow get to the legendary skater.

The TikTok has been viewed more than 4 million times. When a video gets that much attention, it’s almost sure to get into the right hands – or in front of the right eyeballs.

Either a member of Tony Hawk’s PR team or Hawk himself, saw the video and uploaded his own TikTok thanking Mikail for relaying the message and thanking Cooper for the skateboard.

He also tells Cooper that he’s going to be sending him his skateboard – the one Hawk is holding in his hand – as a thank you gift.

As a father, this story warms my cold, dead heart. That kid will have a keepsake for the rest of his life.

I just hope Hawk doesn’t hand it to his FedEx guy with the instructions, “Get this to Cooper.”