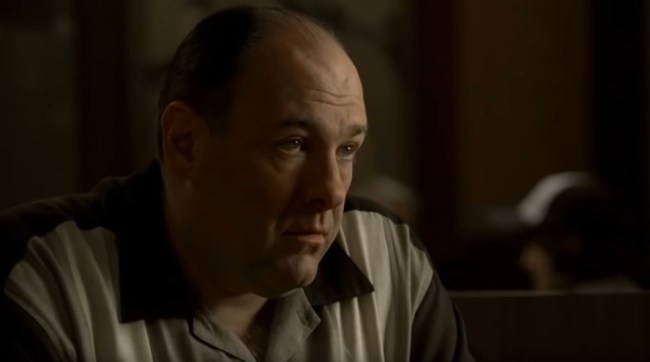 The finale of “The Sopranos” is one of the most debated endings in TV history.

There are two camps – people who believe Tony lives and people who think he’s shot dead in Holsten’s diner right in front of his family.

Let’s relive the angina-inducing scene one more time for fun.

The only person who knows the real answer is David Chase, creator of the ground-breaking show, and he’ll never tell.

Except, whoops!, he maybe did in a 2019 interview for USA Today.

Chase was discussing the show with Alan Sepinwall, co-author of The Soprano Sessions.

“When you said there was an end point, you don’t mean Tony at Holsten’s [the diner] you just meant, ‘I think I have two more years’ worth of stories left in me,” Sopranos Sessions co-author Alan Sepinwall asked, according to USA Today.

Chase answers, “Yes, I think I had that death scene around two years before the end…But we didn’t do that.”

“You realize, of course, that you just referred to that as a death scene,” says co-author Matt Zoller Seitz said after the accidental reveal.

Realizing his mistake, Chase jokingly retorted back “F*** you guys,” as People reports.

Well, if you think that ends the debate, Fuggedaboutit.

After the interview circulated around the web, Sepinwall went on the Rich Eisen show to clarify exactly what Chase might have been referring to.

The co-author explains that while that exchange with Chase did take place there was much more following that. Chase follows that exchange by explaining that he chose to not go in that direction, and instead referred to Tony’s “death scene” as one where he was driving across the bridge to make nice with the New York bosses.

Chase felt that having the screen go blank while Tony’s driving made it look too much like he dies. Sepinwall also offers other options that Chase considered but abandoned, emphasizing that Chase was looking to leave viewers with the thematic reminder that anything can happen to anyone at any time.

So did Chase accidentally seal Tony’s fate or was it all a big misunderstanding in the middle of an interview?

A new debate rages on.