‘Top Gun: Maverick’ Drops CGI-Less Teaser To Remind Everyone How Insane This Movie Is Going To Be 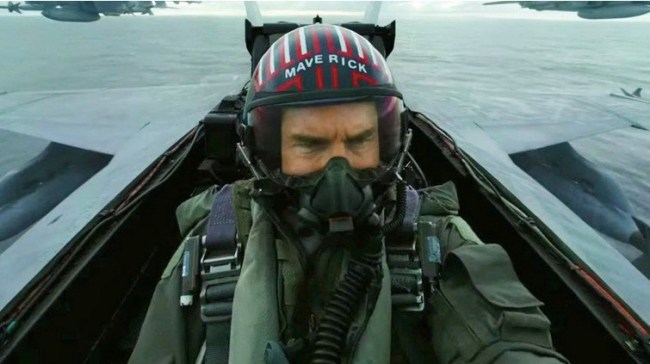 At this point, I’ve become thoroughly convinced that Tom Cruise — who’s now pushing 60-years-old — has some sort of bizarre death pact with himself. Like, when he’s 85, he’s going to literally die making an action movie… and that’s exactly how he’ll want it. Imagine the hype surrounding that film? “Hey y’all, Cruise literally DIES in this one! Falls out of a helicopter! Splat!” the trailer 2047’s Total Death Climb teases. How else do you explain his addiction to CGI-less stunts? The man is a modern-day Evel Knievel, only he’s paid way better.

Cruise’s next film, Top Gun: Maverick, will be continuing that tried-and-true tradition of the 57-year-old putting his body through hell, as the latest teaser trailer for the film makes it clear that there’s no CGI being used.

Originally scheduled to be released in movie theaters on June 24, 2020, Top Gun: Maverick will now hit theaters on December 23, 2020.

“I know many of you have waited 34 years,” Tom Cruise wrote on Twitter. “Unfortunately, it will be a little longer. Top Gun: Maverick will fly this December. Stay safe, everyone.”