Couple Reacts To Credit Card Being Declined At Top Golf By Fighting Employees, Are Arrested For Assault 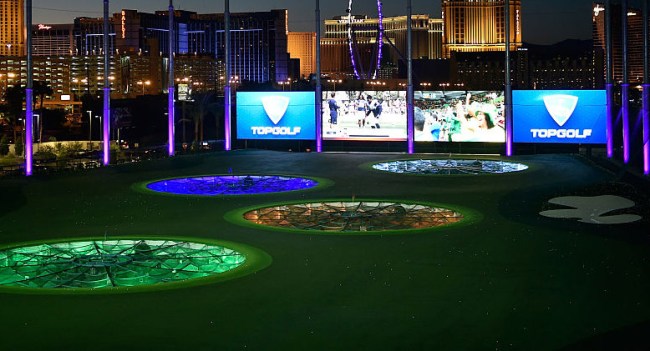 Nights at Topgolf can get out of hand. You’re pounding drinks, the music is blaring, you’re taking down some appetizers and you finally think you’re getting dialed in with a 7-iron in your hand that’s worth $1.50. You then all of the sudden realize that this entire experience is costing you a shit ton of money and you just spent $100 to hit golf balls and eat bar food.

You hand over your credit card and immediately regret that extra hour you paid for. Or, at least that’s how the experience usually goes. It didn’t exactly go down like that for a certain couple in Cleveland on Wednesday night.

According to police, Shaquan Foreman tried to pay his bill with a credit card, but it was declined. He then went on to pay with cash, but elected to call the employee taking care of his bill a profane word. Then, all hell broke loose.

According to FOX 8, a Topgolf employee said she would have a manager come remove them from the building and that’s when Dekotha Arnold, 20, started throwing punches. In the video, you can see Antoin punching the female employees viciously in the face.

Police said the two victims had visible injuries, including a black eye and a chipped tooth. The manager told police he thought the one server was unconscious when he saw her on the ground.

Police arrived on the scene and arrested the couple charging them with assault and resisting arrest.

It’s a horrible scene resulting from the fact that a piece of plastic was declined in a machine. The craziest part is they actually paid for their time at Topgolf with cash and still proceeded to fight the employees.