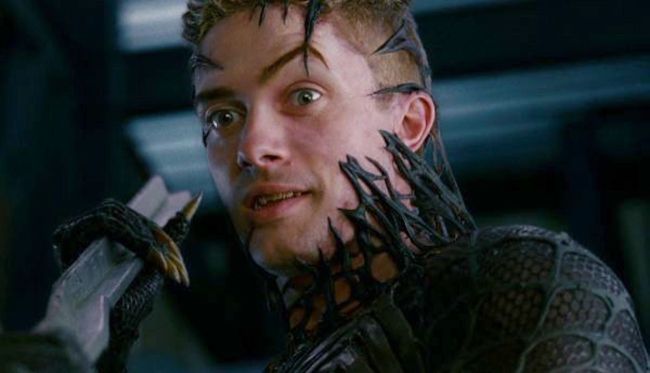 Ah, Sam Raimi’s Spider-Man 3, one of the great “What if?”, sliding-doors films in the history of comic book movies. First and foremost, had the film been of higher quality, it would’ve cemented the original Spider-Man trilogy as one of the greatest of all time, regardless of genre.

Then there’s also the infamous Spider-Man 4, which was in the works to such an extent that it was given a  May 6, 2011 release date, only to late be shelved and scrapped entirely in favor of the Andrew Garfield-starring Amazing Spider-Man reboot. Rumor has it that Dylan Baker’s Dr. Curt Connors would’ve become the Lizard, John Malkovich was in talks to play Adrian Toomes/Vulture, while Anne Hathaway was attached to the role of Felicia Hardy/Black Cat. With Saimi reportedly unhappy with various versions of the script, the project was eventually killed.

And yet, despite the anti-climactic conclusion, Raimi’s Spider-Man universe lives on as Alfred Molina’s Doc Ock, Willem Dafoe’s Green Goblin, and Tobey Maguire’s Spider-Man (yes, Spidey is happening, as there’s simply no way you include the villains and not their respective hero) will all be returning in Spider-Man: No Way Home when it hits theaters this December.

Unfortunately for Topher Grace, the former That 70’s Show star who played Eddie Brock/Venom in the ill-fated Spider-Man 3, he likely won’t be returning for the project, although he did hilariously joke about it on a recent Reddit AMA, “revealing” that Han Solo’s ghost from Star Wars: The Rise of Skywalker appears.

“Please keep it between us but yes, I am in it,” Grace joked.

“The plot starts with Peter Parker (Tom Holland) bummed that everyone knows his identity and then some crazy sh** happens with Dr. Strange and Dr. Octopus (Alfred Molina) comes into his dimension. Then Electro and the Green Goblin hop out of one of those ‘energy circles’ and they’re like ‘It’s spider stompin’ time.’ Then Tom Hardy and I pop out and battle each other and I win (obvi), it’s like not even a fight — I just kick his ass immediately. Not to give too much away, but there are also some actors from the original ’70s Spider-Man show, Aquaman, and Batman (Affleck, not Keaton) crossover, and, thanks to Disney, Han Solo’s ghost from Rise of Skywalker, and that Eve robot from Wall-E. Again, please keep between us.”

Never forget that Emo Peter Parker has this MF literally on his knees in the holy house praying for his death at the hands of God: