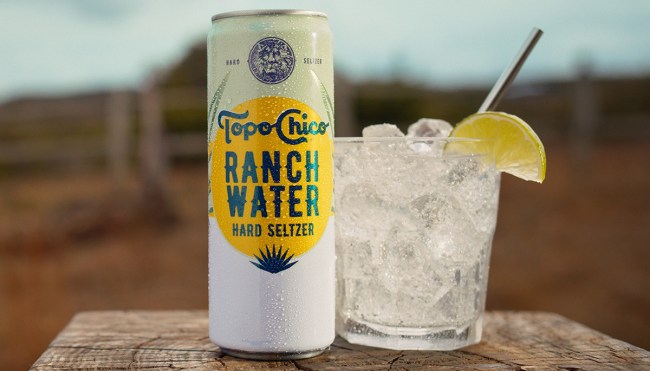 Last year, the iconic Topo Chico got a bit of an upgrade when the company behind the mineral water that’s been produced in Mexico since 1895 decided to get in on the hard seltzer action.

It was a fairly natural transition, as Topo Chico has served as the go-to mixer in “Ranch Water,” the infinitely refreshing concoction many people in Texas (and beyond) turn to when they’re looking for a boozy way to beat the heat.

2021 marked the second anniversary of the Great Hard Seltzer Boom, and while the jury is still out on whether that bubble has officially burst, a few companies in the ready-to-drink cocktail space decided to branch out a bit by offering drinkers a happy medium by pushing their own canned Ranch Water.

However, there weren’t any premade Ranch Waters out there that received the Topo Chico Seal of Approval—at least until now. This week, the brand announced its plans to start rolling out its take on the drink in a number of states as it gears up for a national release, and they were nice enough to send a couple of cans my way so I could give it a try.

However, before we dive into the review, I’d like to give anyone who might be uninitiated with Ranch Water a quick history lesson.

What Is Ranch Water? 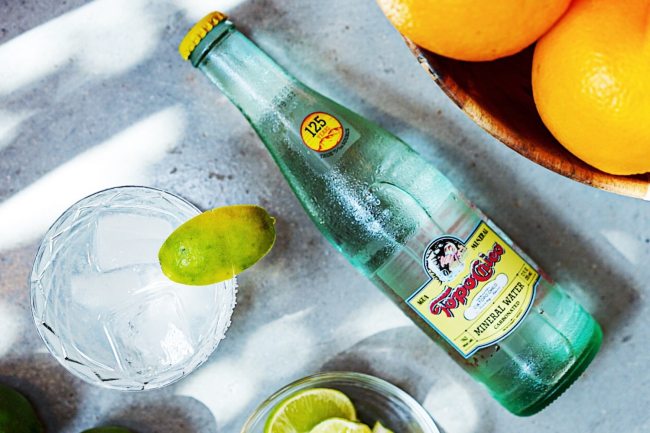 As is the case with many cocktails, the true origins of Ranch Water aren’t entirely clear. One popular myth asserts it was dreamed up by a West Texas rancher in the 1960s, but even though its creation story may be disputed, it’s a well-documented fact that it’s been a staple in that particular region for over 50 years.

The drink is best described as a fizzy and low-effort margarita. While there’s no official recipe, it usually involves combining a couple of shots of tequila and a solid amount of lime juice into a glass of ice before topping it with Topo Chico (if you’re feeling fancy, you can add some simple syrup or a citrus liqueur to kick things up a notch).

If you didn’t know, now you do. 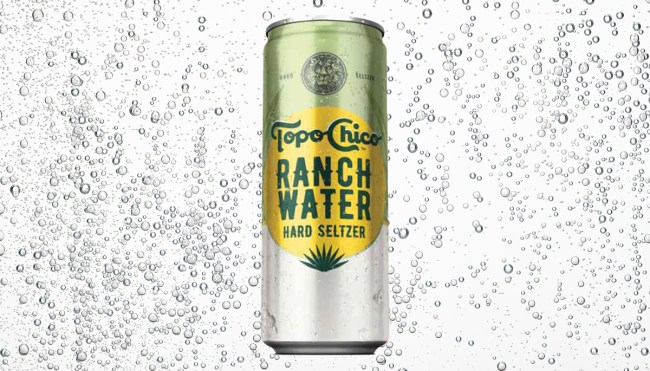 As I mentioned above, all of the premade Ranch Water that was on the market prior to the arrival of Topo Chico’s was missing arguably the most essential ingredient. While this new product solves that problem, it does run into another one thanks to the brand’s decision to use alcohol extracted from agave as a base instead of the traditional tequila.

That’s not inherently a bad thing (it’s par for the course for the vast majority of hard seltzers and their adjacent counterparts), but if you’re popping open a can of this Ranch Water hoping to be greeted by the signature aroma of the spirit, you’re probably going to be slightly disappointed.

The drink itself—which clocks in at 4.7% ABV and boasts 100 calories per can—is certainly a solid offering. The fact that it relies on real lime juice as opposed to artificial flavoring is very evident, and while that aspect takes center stage, part of me felt like it only does so because it’s not really competing against that much else.

If Topo Chico’s Ranch Water was presented as a lime-flavored hard seltzer, it’d undoubtedly be one of the best ones you can get your hands on. However, therein lies the issue: it’s not. I can personally testify it is delicious if you decide to take things to the next level yourself by adding a little bit of your own tequila into the mix, but if you view that as too much work, you’ll probably be left wanting a bit more.