8 U.S. Presidents Who Could Kick Your Ass 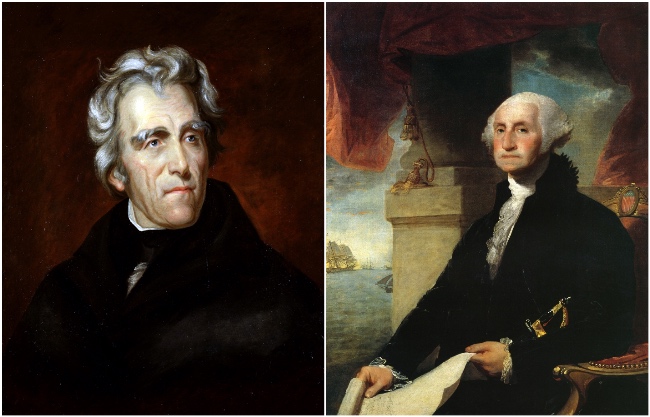 Most politicians these days are former lawyers or businessmen who have spent their whole lives avoiding getting their hands dirty. But this wasn’t always the case.

Indeed, once upon a time, our leaders came from a variety of backgrounds, and while they could all argue a case eloquently in a courtroom, some of them were also capable of arguing a case with their fists on the streets. It is to these badass forefathers that this list is dedicated. They are eight United States Presidents who could kick your ass.

8 Gerald R. Ford
Sure, most knew him as the bumbling oaf who played toady to Dick Nixon but before those shameful days, Gerald R. Ford was an All-American athlete. A football player for the University of Michigan, Ford wasn’t just some dainty scatback or graceful receiver. No, he was an asskicking lineman. And this was back in the day when they barely wore pads and only had a shitty leather cap on their heads for protection. No wonder the dude was a little dazed later in life. But in his prime, you better believe that Gerald R. Ford could have kicked your ass. In fact, rumor has it that the character of Ogre in Revenge of the Nerds was based on Ford. That sure beats the hell out of Al Gore being the inspiration for Love Story. Yeah, it’s only a rumor, possibly one that I just made up right on the spot, but don’t tell that to the nerds Gerald R. Ford terrorized during his days as a badass football player.

7 Rutherford B. Hayes
Sure, officially the “B.” in Rutherford B. Hayes stands for Birchard but as far as I’m concerned, it stands for Badass. That’s because as an officer for the Union army in the Civil War, Hayes personally led multiple charges straight into the heart of the Confederate army, all while dudes were shooting at him. He did it over and over again and over and over again he broke those rednecks. In those charges, he was knocked from his horse and screwed up his ankle, he messed up his knee and he even took a shell casing to the head. And yet he never stopped coming. He was like the Terminator out there. Does that sound like a dude you want to run into in a back alley? I didn’t think so.

6 William McKinley
Just look at those eyes! Man, those are the eyes of a stone-cold badass. But aside from that, McKinley was a legitimate badass who served in the Civil War in the same regiment as the man who would be his mentor – Rutherford “Badass” Hayes. Yup, that’s right. McKinley learned from and fought alongside the dude I already referred to as the Terminator of the Civil War. And in doing so he took part in many of the same charges of the enemy line as Hayes. He even got his horse shot out from under him once but got up and kept charging the line. That sounds like a badass to me. But really, it’s all about those eyes. Those hard, stone-cold eyes. Goddamn.

5 Theodore Roosevelt
Before he was a president, Theodore Roosevelt was a big game hunter, a cowboy, a New York City police chief and, most famously, a war hero who led his band of Rough Riders – one of the most famous military regiments in American history – on several famous charges against the Spanish. He was like a real life movie hero, a Wild West gunslinger combined with John Wayne and Ernest Hemingway. He was smarter than everyone else, he was tougher than everyone else and he could take down a bull elephant and kick your scrawny ass all without breaking a sweat. Sure, “Rough Riders” kinda sounds like the name of a gay porno but we’ll overlook that. In fact he was such a badass that legend has it that he sucked all the masculinity out of the rest of the family, leaving distant cousin Franklin without the use of his legs. Again, it’s only a legend and others say that it was polio that took Franklin’s ability to walk but what you may not know is that “Polio” was actually the Indians’ name for Teddy Roosevelt. I rest my case.