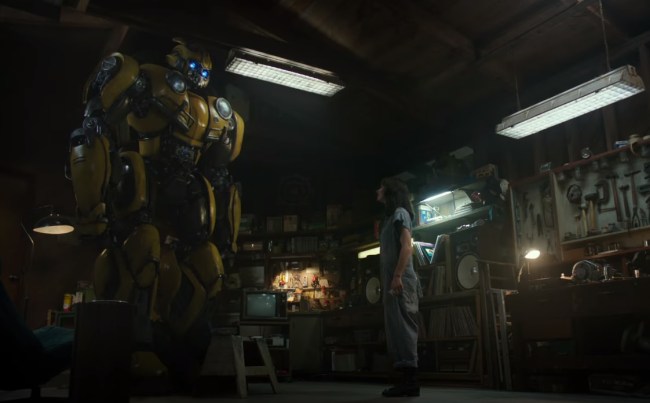 There’s a new Transformers movie coming and it is going old school. In the first trailer for the upcoming Bumblebee spinoff movie shows the film set in the 1980s and Bumblebee is actually a VW Beetle Transformer who can’t talk! For the younger readers who may not know, before marketing deals with Chevrolet for Bumblebee to be a Camaro, the beloved Autobot was actually a Volkswagen Beetle.

The spinoff is not directed by Michael Bay and that appears to translate into more believable vehicle transformations and far fewer explosions. Instead, Travis Knight directs the movie and he has been behind some outstanding animated movies such as Kubo and the Two Strings, The Boxtrolls, ParaNorman, and Coraline.

“On the run in the year 1987, Bumblebee finds refuge in a junkyard in a small Californian beach town,” the official synopsis reads. “Charlie [Hailee Steinfeld], on the cusp of turning 18 and trying to find her place in the world, discovers Bumblebee, battle-scarred and broken.”

This might be a hard pill to swallow for some, but on an even playing field, StarScream would fuck Bumblebee up.