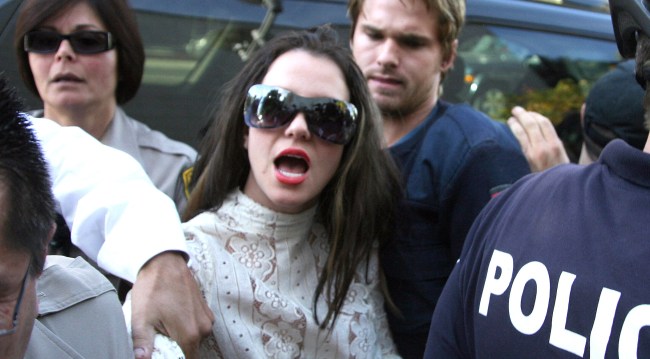 Anyone who is old enough to remember will never forget Britney Spears’ epic meltdown back in 2007 and 2008.

Spears shaving her head and attacking a car was the peak of her breakdown and led to her losing custody of her sons, being hospitalized at Cedars-Sinai Medical Center, then committed to the psychiatric ward of Ronald Reagan UCLA Medical Center and put on 5150 involuntary psychiatric hold.

Then, at the age of 26, Spears was placed under a conservatorship controlled by her father, Jamie Spears, and her attorney Andrew Wallet.

Almost 13 years later, she is still under that conservatorship.

Related: Britney Spears’ Lawyer Compares Her Mental Fitness To That Of A Coma Patient

An upcoming documentary titled The New York Times Presents: Framing Britney Spears takes a deeper look into that controversial conservatorship, her battles to be freed from her father’s control, and the #FreeBritney movement led by fans and co-signed by supporters that include Cher, Paris Hilton, Miley Cyrus, and the American Civil Liberties Union.

“She accepted the conservatorship was going to happen, but she didn’t want her father to be a conservator,” said one interview subject in the first trailer for the documentary which appears below.

“When there’s that amount of money to be made, you have to question the motives of everyone,” said another.

“Why is her dad making all of her decisions? Why is she still in this?” asked someone else.

We might venture a guess, but it will be very interesting to see what the documentary reveals and uncovers.

Framing Britney Spears premieres on FX and FX on Hulu on Friday, Feb. 5 at 10/9c.