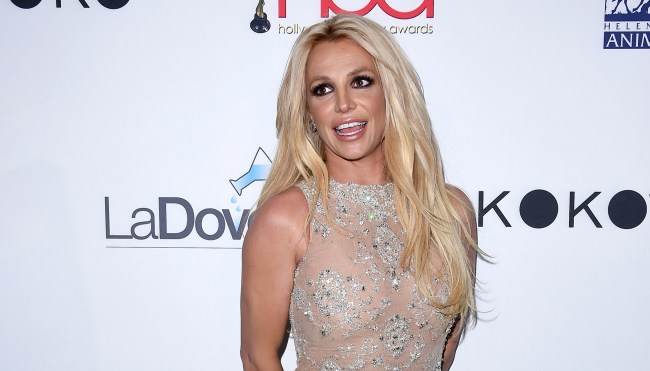 Britney Spears, now 38 and a mother of two, has been under a conservatorship since she was committed to the psychiatric ward of Ronald Reagan UCLA Medical Center and put on 5150 involuntary psychiatric hold at the age of 26 in 2008.

The conservatorship, run by her father, Jamie Spears, was originally supposed to end after Spears’ Circus Tour in 2009. Conservatorships are designed to protect people who cannot take care of themselves, like senior citizens and invalids.

12 years later, Spears still has no legal control over her estimated $59 million fortune and every dollar she spends is publicly itemized so we know that in 2018 Britney bought something at Target more than 80 times.

We also know that in that same year her conservatorship cost her over $1.1 million with her dad pocketing $128,000.

Britney’s former attorney Andrew Wallet, who also helped run the conservatorship, claims he prevented “hundreds” of people working with Spears from giving her drugs and saving her from a financial crisis.

According to a 2019 article in the Los Angeles Times, Britney’s father still has the power to negotiate business opportunities, sell her property, restrict her visitors, and file for restraining orders against those he believes threaten his daughter’s stability.

This tight-fisted control over Spears financial and personal affairs has also sparked a #FreeBritney movement that’s been going off and on for over a decade. Supporters of this movement in the past have included Cher, Paris Hilton, Miley Cyrus, and the American Civil Liberties Union.

This past Wednesday, another hearing was held in Spears’ conservatorship case in which Britney was asking for a co-conservator for her estate who would work alongside her father.

Spears was supposed to continue her Las Vegas residency in 2019, but that was put on hold when her father almost died.

TMZ reports that when the judge started asking if Britney would sign a declaration corroborating what her current lawyer Sam Ingham was telling him, Spears’ attorney gave a very surprising answer.

Ingham said Britney lacked the capacity to sign a declaration, and likened her to a comatose patient. He was not saying she is comatose by any means, but he used it by way of example to show she was not capable of signing a legal document. Ingham said even comatose patients can have their lawyers speak for them.

Wow. And he’s supposed to be representing her. Nothing at all fishy about that.

TMZ also reports that her lawyer, Ingham, told the judge she doesn’t want to perform again, but that her dad Jamie is “intent on Britney resuming her career.”

I have to say, after all of this, I may have to join the #FreeBritney movement myself.

Then again, she did admit back in April that she accidentally burned down her home gym with some candles so…