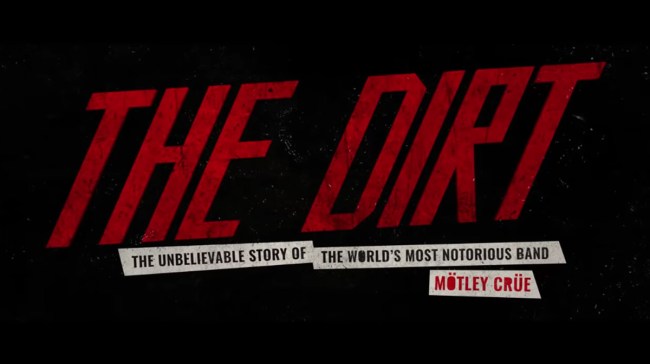 On January 17, 1981, bassist Nikki Sixx, drummer Tommy Lee, lead singer Vince Neil and lead guitarist Mick Mars got together and founded a new band named Mötley Crüe. Over 100 million records and two or three sex tapes later the legendary band is getting its very own biopic on Netflix called The Dirt.

Joe Levy of Rolling Stone called the book “without a doubt… the most detailed account of the awesome pleasures and perils of rock & roll stardom I have ever read. It is completely compelling and utterly revolting.”

Welp, now I have to read the book.

“I had managed the Scorpions, Bon Jovi, Skid Row, Kiss,” says Doc McGhee, played by Costabile, in the trailer, “but I had never been through what Mötley Crüe put me through.”

Yep, I will definitely be watching this.