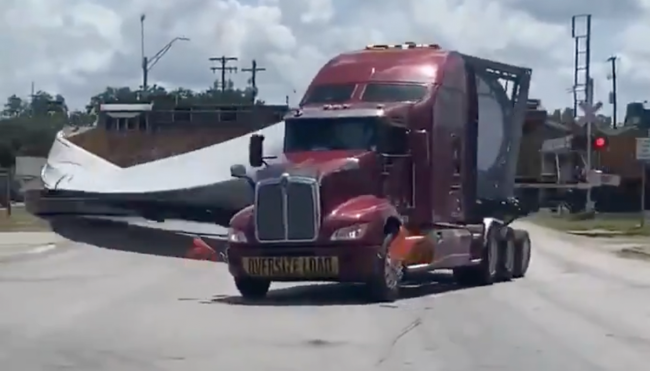 John Mulaney has a pretty well-known bit about how the dangers of quicksand tend to get a disproportionate amount of attention when you consider the vast majority of us will go through life without ever having to worry about encountering it.

However, there’s one particular hazard that falls on the other end of that spectrum, as I’ve always been baffled by how many people routinely manage to find themselves in a perilous position that seems like it’d be incredibly easy to avoid: getting your car stuck in the middle of a railroad crossing.

According to one article that was published all the way back in 2008, the federal agency tasked with keeping tabs on those kinds of accidents has a database that was home to over 20,000 reports involving a vehicle trapped on the tracks (it would appear incredibly untimely mechanical malfunctions and automobiles that had their undercarriage snagged on the rails are the most common culprits). That doesn’t really do much to address the puzzling frequency of those situations, but I guess that’s just one of life’s many mysteries.

The same cannot be said about an incident that unfolded in Texas over the weekend, as a tractor-trailer hauling a massive wind turbine blade through the town of Luling fell victim to one of the measures designed to prevent what unfolded after it was trapped by the arm of the gate that was lowered while it was traversing the crossing.

Multiple bystanders whipped out their phones as the train drew closer before ultimately barrelling through the blade, which resulted in the cab of the truck ending up on its side.

What in the hell were these people thinking? Happened in Luling, Texas. pic.twitter.com/hSrN3LnO7v

NEW VIDEO: A train crashes into an 18-wheeler carrying a wind turbine blade off US 183 in Luling this afternoon. We’re waiting to hear from police. If you’ve been thru Luling, you know this is a dangerous intersection. #CBSAustin

According to KVUE, multiple crew members aboard the Union Pacific train (which suffered “substantial damage”) were treated for minor injuries, and officials are currently investigating the crash after completing cleanup efforts on Sunday night.