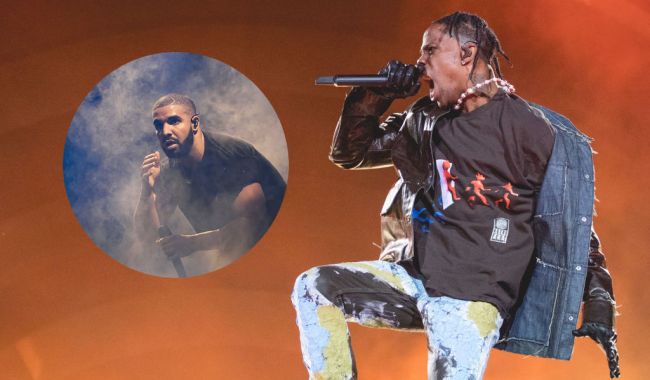 Following the deaths of eight people and the injuries of hundreds more at Travis Scott’s Astroworld concert on Friday night, both he and Drake — who performed with Scott during the event — have been named in one of the many lawsuits filed in response to the tragic event.

Travis Scott has been hit with three lawsuits – one naming Drake as a co-defendant – relating to the crowd crush at his festival Astroworld over the weekend, which resulted in eight deaths and hundreds of injuries.

The crush occurred during Scott’s headline performance on Friday night (November 5) at Houston’s NRG Park, when the audience began to compress towards the front of the stage, causing injuries, shortness of breath and, for some, cardiac arrest. [via NME]

According to a report from the Houston Chronicle, Scott, 30, performed for an additional 37 minutes after the concert was declared a “mass casualty” event. Videos on social media have shown Scott both calling for help in one instance and yet also seemingly unaware in others.

One lawsuit, filed by attorney Ryan MacLeod, says that this tragedy was “year in the making”:

“This was years in the making. Travis Scott and his promoters know very well from at least 2015, Travis has been arrested for inciting violence,” MacLeod said. “Oftentimes when there’s a mosh pit at one of his concerts, he will proudly say this isn’t a mosh pit unless someone’s getting hurt.”

“During the concert, even when first responders are trying to respond, he continues the concert. It’s disgusting. It’s despicable. We’re better than this as humans,” he said. [via CNN]

All of the victims of the Astroworld tragedy were younger than 30, with one of the deceased being just 14-years-old. At this time, the investigation into what exactly happened continues.