Treasure Worth Millions Hidden In The Rocky Mountains A Decade Ago Found After 350,000 Tried And Failed 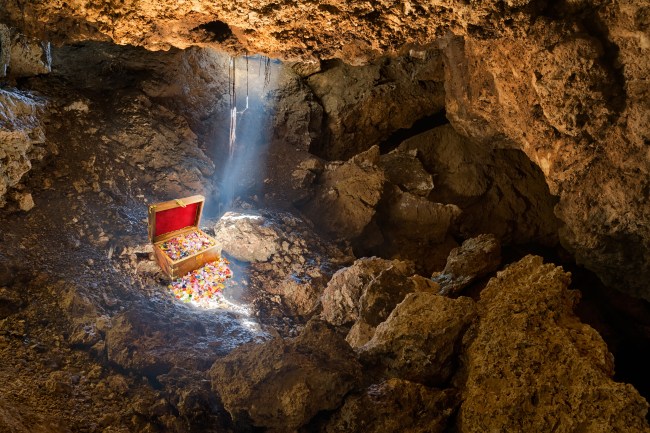 Nearly a full decade after a treasure chest estimated to be worth $1-$5 million was hidden in the Rocky Mountains, one man achieved what 350,000 others failed to.

In 2010, Forrest Fenn—an 89-year-old art dealer, author and Vietnam veteran—hid the chest that contained pre-Columbian animal figures, gold nuggets and coins, Chinese jade faces, and emerald rings in the Rockies during the height of the Great Recession: “Lots of people [were] losing their job, despair was written all over the headlines and I just wanted to give some people hope,” he told ABC News.

Fenn had originally planned to haul the foot-long treasure box up to Rockies and die beside it after he was diagnosed with terminal cancer in 1988, but made a miraculous recovery. Instead, the treasure hunter decided to ignite others’ exploration and offered bread crumbs in the form of 24-line poem published in his 2010 memoir, The Thrill of the Chase, and on his website.

Fenn confirmed to the Santa Fe New Mexican that an unnamed hunter “from back East” sent Fenn a photo of the chest to confirm the discovery that many quit their jobs to hunt for 10 years. Some even died in the quest.

The discovery was announced Saturday night on dalneitzel.com, a site devoted to Fenn’s treasure hunt.

THE TREASURE HAS BEEN FOUND

It was under a canopy of stars in the lush, forested vegetation of the Rocky Mountains and had not moved from the spot where I hid it more than 10 years ago. I do not know the person who found it, but the poem in my book led him to the precise spot.

I congratulate the thousands of people who participated in the search and hope they will continue to be drawn by the promise of other discoveries.

So the search is over. Look for more information and photos in the coming days.

The discovery comes just months after a Colorado man sued Fenn for $1.5 million, claiming that Fenn deprived him of the treasure “by fraudulent statements.”

Fenn, who posted suggestions on how the finder can sell the items or even hide it again, has just one ask: “Whatever you choose — keep the thrill of the chase alive and continue the legend.”