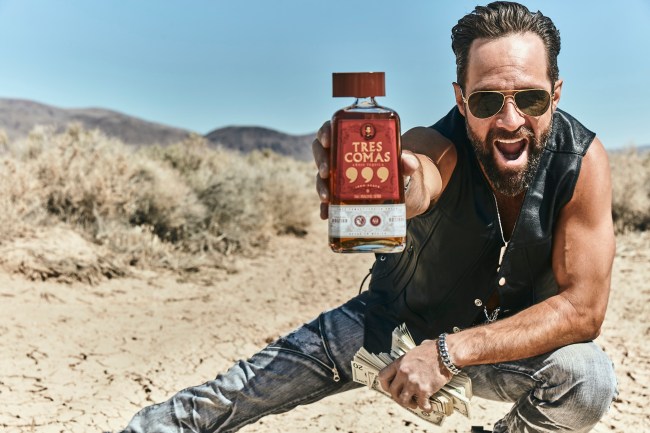 Do you know what has three commas in it? A sentence with two appositive phrases in it, a billion dollars, and this new Tres Comas Tequila. Silicon Valley‘s own Russ Hanneman has finally put his own tequila on the market and according to Russ, “it f*cks.”

Multi-billionaire Russ Hanneman is rebillionizing once again and has invested heavily in his own Tres Comas Añejo Tequila. That’s right, the man who put the radio on the internet has put three commas in tequila.

Everyone’s favorite member of the Three Comma Club member advertises his new spirit as the “only tequila created for the very rich, and those on the cusp of greatness.” The collaboration of HBO and Russ Hanneman brings you this “bold” ultra-premium tequila “crafted just for those mavericks ready to crush their third comma.” Unfortunately for people who can not read Spanish, they are going to think Tres Comas will put them to sleep.

“Tres Comas is literally the best tequila on the market. I drink it, so that’s how you know,” Hanneman boasts. “I love it! I’ll buy a round for everyone! I can do that because I’m a billionaire. I’ll also buy everyone a safe ride home though, can’t let anything happen to my baby. And by my baby, I mean my precious and really expensive sportscar.” 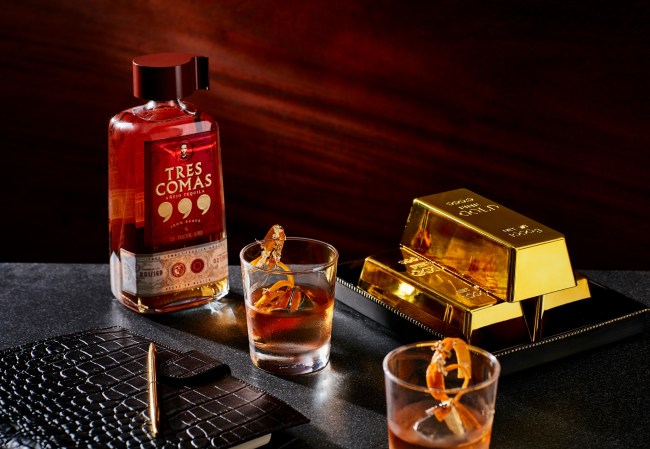 The limited-edition añejo tequila is made from 100% Blue Weber Agave that has been aged in American Oak barrels for over a year. According to the press release, “the flavor profile has notes of vanilla and spice, and has a rich, toasted oak finish. Tres Comas can be enjoyed neat, on the rocks, or in the signature Billionaire’s Margarita, which is just a regular Margarita but made with Tres Comas.”

No need for calf implants to impress the ladies, just walk around sipping this billionaire tequila. But you won’t need three commas to buy Tres Comas Añejo Tequila because it only costs $44.99. But you will need a billion if you want to buy the tequila company from Russ.