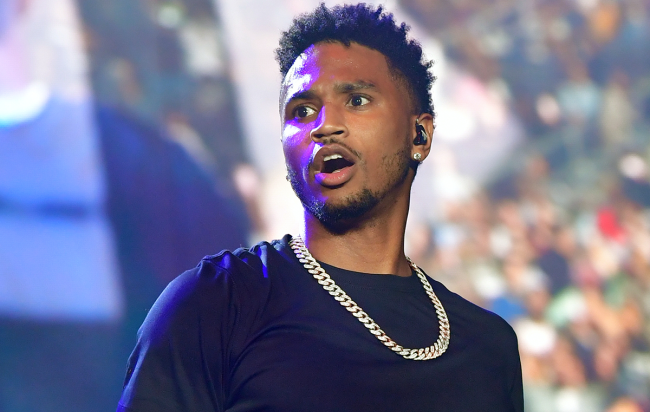 It’s safe to assume most of the people who walked out of Arrowhead Stadium on Sunday night were in a pretty good mood when you consider the Chiefs managed to earn a spot in the Super Bowl for the third year in a row. However, the same cannot be said for Trey Songz, who was prematurely dragged out of the game in handcuffs following an altercation with police in the stands that saw the singer put an officer in a headlock.

Trey Songz had the officer in a full headlock. 😭 pic.twitter.com/Ku7KYkGxwD

It’s safe to say Trey Songz has a bit of a rocky relationship with law enforcement, as he was previously arrested in Detroit in 2016 after punching a police officer, and based on footage that was released by the Kansas City Police Department, it would appear old habits die hard.

While details were scarce following the incident that unfolded over the weekend, members of Songz’ camp made it seem like the cop who approached him had instigated the melee. He didn’t comment on the situation, but he did throw up some photos and video on Instagram documenting his trip to the “lit” showdown.

It’s possible the picture of him standing next to a security guard during the game was a cryptic rebuke of the statement the department issued to share its side of the story, which said fans contacted security because Songz had declined to wear a mask and police got involved after he failed to cooperate with multiple requests to cover his face.

A few hours later, the KCPD pulled out a receipt in the form of a video that captured the events leading up to the fracas, and based on what the footage shows, it sure looks like their account is a bit more accurate than the narrative Songz’ people have been pushing.

I lack the ability to do some CSI-style enhancing that could really come in handy here, but the video appears to show a security guard approaching Songz and gesturing for him to mask up. After getting a couple more visits from the fake cops, the real cops turned up and engage in a back and forth that presumably resulted in him and his crew being asked to leave the stadium.

Things reach a boiling point around the 4:40 mark, as one of the officers approaches Songz, who appeared to throw a punch in his direction before all hell broke loose.

After watching this a few times, I feel like this is sort of a “Did Han or Greedo Shoot First?” situation, as the officer may or may not have grabbed Songz while confronting him. With that said, when you find yourself in a situation like that, responding by throwing a punch rarely ends well, and this case is no exception.