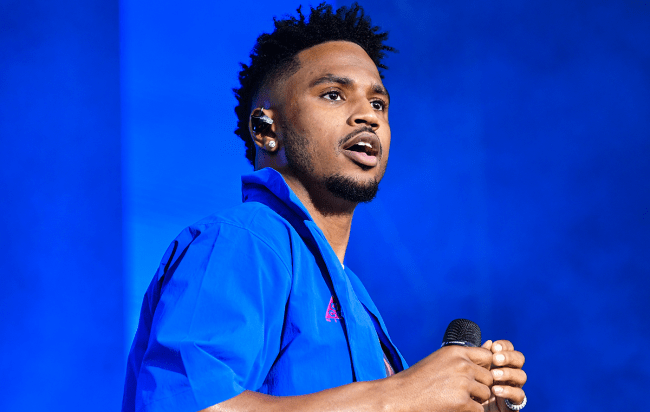 Any of the Chiefs fans who were in attendance to watch their team punch their second consecutive ticket to the Super Bowl by beating the Bills in the AFC Championship Game in Kansas City probably had a pretty good night. However, the same cannot be said for Trey Songz.

With capacity reduced (or fans banned entirely) at stadiums around the NFL this season, there’s been a very notable lack of videos featuring bleacher creatures fueled by liquid courage brawling in the stands. However, we got one clip of a particular wild melee Trey Songz found himself at the center of on Sunday night.

From what I can tell, the Virginia native doesn’t have an allegiance to either of the teams that faced off at Arrowhead Stadium for the chance to compete for the Lombardi Trophy, but according to TMZ Sports, the artists managed to become the target of some hecklers in his section at some point during the contest.

The outlet spoke to someone who witnessed what unfolded after police got involved, as they apparently approached Songz after he told the people harassing him to take it down a notch. However, the source says one of the responding officers turned things up a notch when he allegedly instigated an altercation that resulted in the singer remaining remarkably calm while placing a cop in a headlock before reinforcements arrived to help apprehend him.

Trey Songz had the officer in a full headlock. 😭 pic.twitter.com/Ku7KYkGxwD

There are obviously two sides to every story, and based on the charges law enforcement hit Songz with after he was detained, they believe he was guilty of trespassing, resisting arrest, and assaulting a police officer (the first two are misdemeanors while the last is considered a felony). As of this writing, his representatives haven’t commented on the incident, which he will likely remain in jail for until a release tentatively scheduled for Monday night.

This isn’t the first time Songz has found himself in a bit of trouble over the past year, as a club in Columbus, Ohio was temporarily shuttered after 500 people attended one of his shows (which is arguably a wilder move than risking falling victim to the pandemic to watch Smash Mouth perform). This is actually the second time he’s been arrested in less than a month, as he was also detained after chucking a piece of equipment off of a stage in Detroit that led to the hospitalization of a police officer who got nailed in the head.