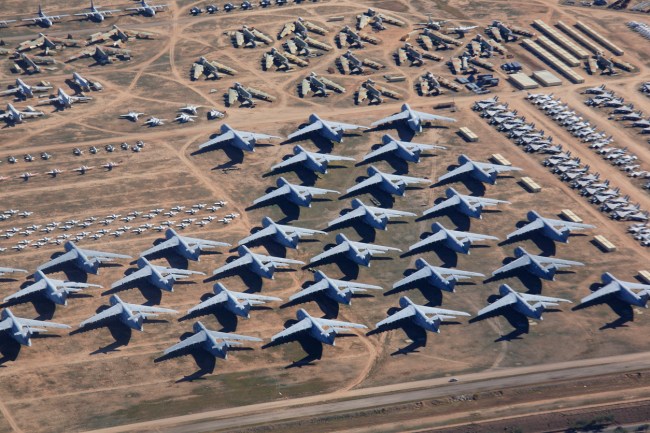 There has been a UFO sighting in Portland that has prompted international headlines because the unidentified flying object seen in the video could be proof that a top-secret military aircraft exists.

There have allegedly been multiple UFO sightings of the same triangular-shaped UFO in the skies over the Portland area on August 29. The black triangle UFO has lights on both wings. The mysterious aircraft was allegedly spotted near the Portland Air National Guard Base (PANG) and the strange sighting was reported in the UK’s Express and Russia’s Sputnik.

YouTube conspiracy theorists Blake and Brett Cousins of thirdphaseofmoon shared a video of the alleged UFO, who claim they were sent video and photos of the unexplained UFO. The UFO conspiracy theorists allege that the images are of the TR-3B, a long-rumored top-secret United States Air Force spy plane. The TR-3 Black Manta is allegedly a surveillance plane that is believed to have been developed for the USAF as part of a black project.

In March of 2014, a group of aviation enthusiasts spotted three triangle-shaped aircraft over Amarillo, Texas, that they called a “flying Dorito.” They argue that the back of the aircraft was flat and not jagged like a B-2 Stealth Bomber. In February of 2014, an amateur photographer in Kansas also saw and took photos of a triangular aircraft.

Little is actually known about the TR-3B, if it even exists. Some say that the triangular supersonic stealth spy plane that was used during the Gulf War to provide laser designation for the Lockheed F-117 Nighthawk attack aircraft.

Then there are others who claim that the top-secret aircraft utilizes anti-gravity technology to float in the air. There are conspiracy theorists who believe the military used reverse-engineering to create the TR-3B from an extraterrestrial aircraft that crash-landed to Earth.

Military.com claims that the TR-3B is “almost invisible on radar” and “uses highly pressured mercury accelerated by nuclear energy to produce a plasma that creates a field of anti-gravity around the ship.”

“Conventional thrusters located at the tips of the craft allow it to perform all manner of rapid high-speed maneuvers along all three axes,” the report states.

RELATED: Strange Orbs Hover Over Kansas City – National Weather Service Has ‘No Explanation’ As To What The UFOs Are

There was another UFO spotted floating in the skies over Portland last week. The bright shiny round object was spotted by many last Tuesday and many believed it was an alien spacecraft.

However, Jim Todd from the Oregon Museum of Science and Industry (OMSI) has another theory. Todd told KOIN 6 News that the unidentified object is likely “an ascending weather balloon reflection.”

Todd ruled out a meteor since the American Meteor Society Fireball had not made any observations that day. The International Space Station was not visible at that time and there were no bright stars. The object was seen hovering in the sky for quite a while, which meant it was not a satellite or commercial airplane.